Joined Aug 4, 2014
·
1,022 Posts
I've got to say, I absolutely love the much cleaner look of having the sprayers on the cowl instead of the hood! 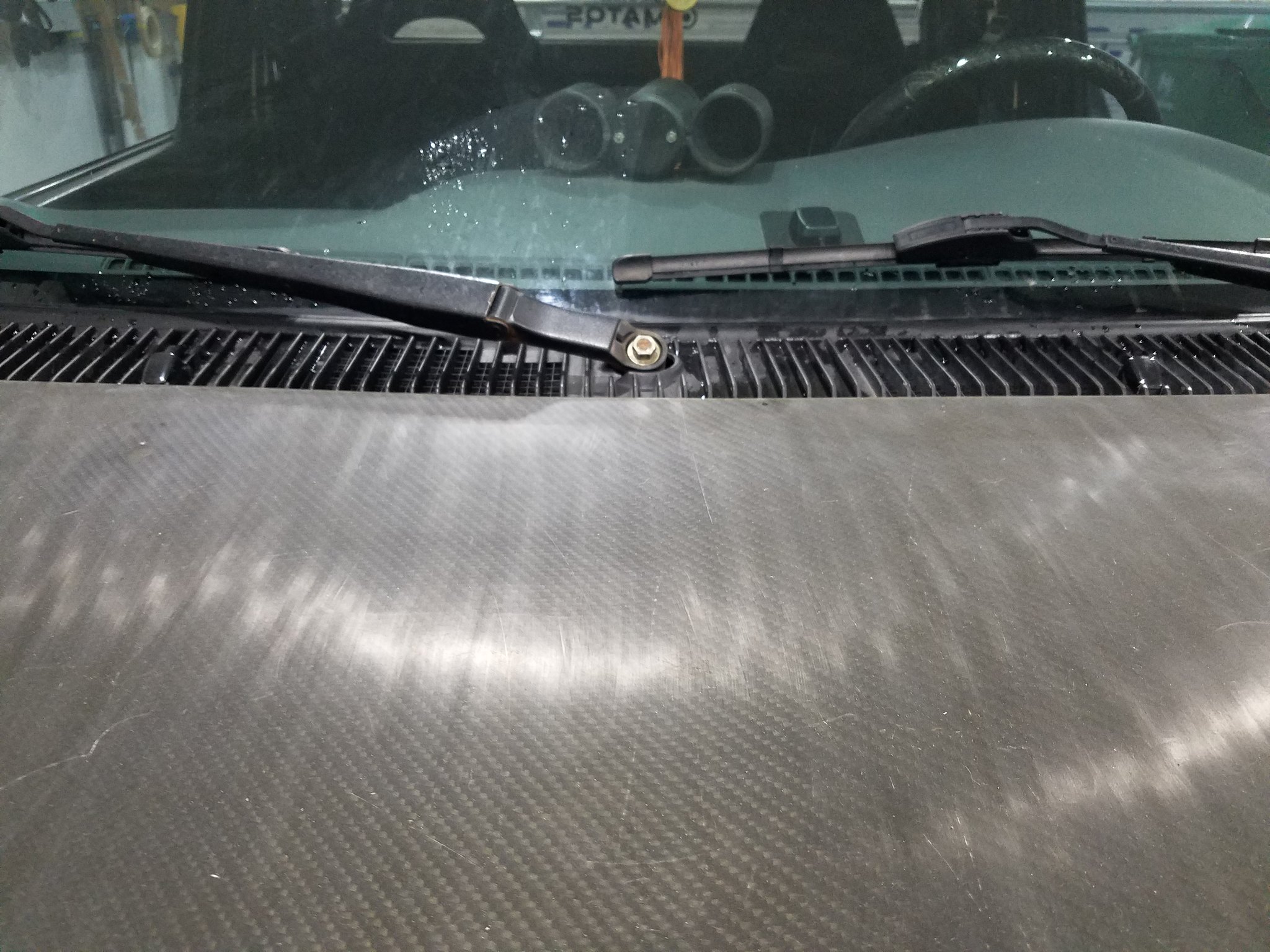 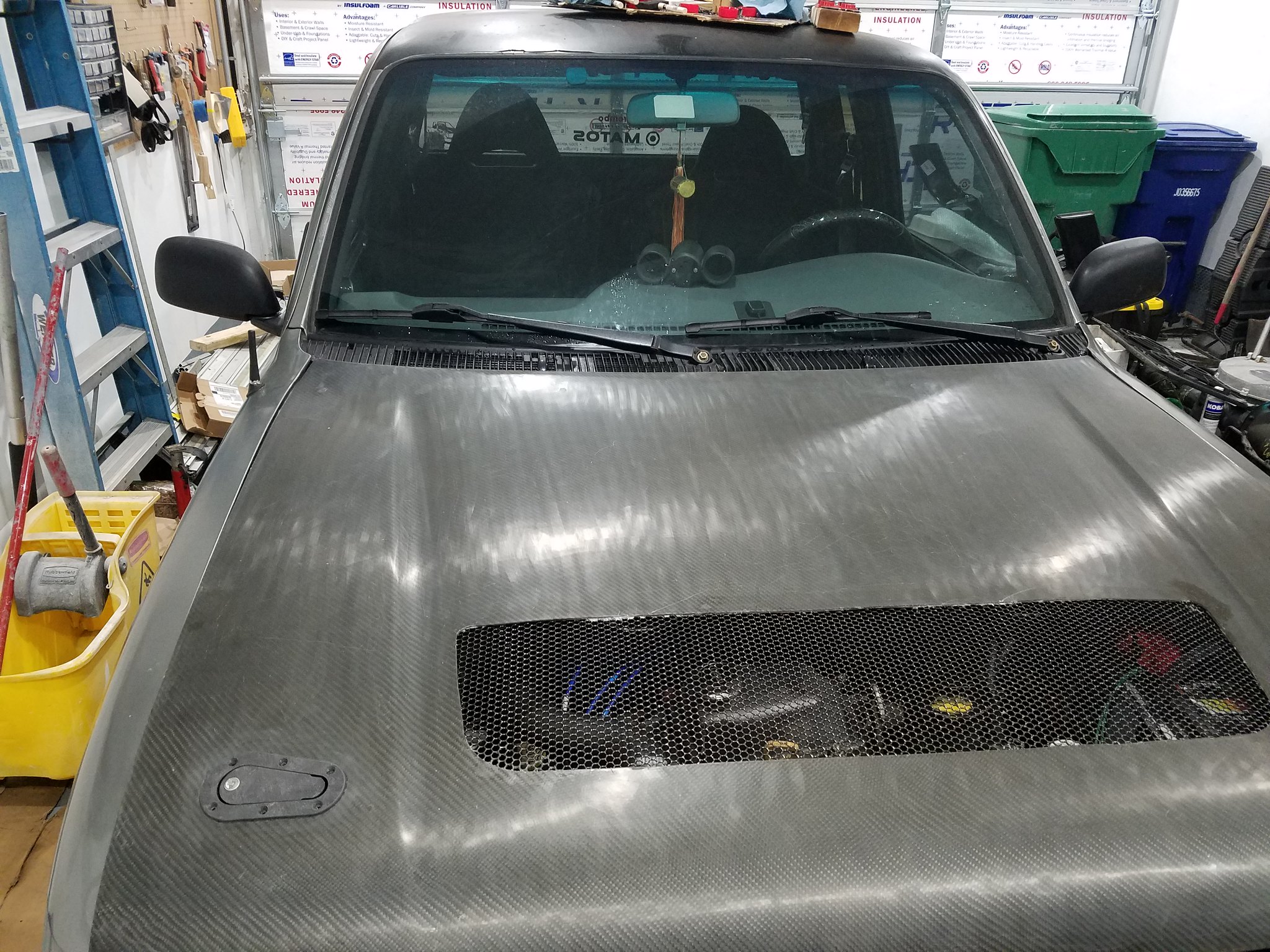 Joined Aug 4, 2014
·
1,022 Posts
Another thing I want to do is to eliminate all of the chrome from my truck. For that reason, I ordered a new grill and bumper in black. I intent to paint them either body color or a gloss black, I haven't made my mind up just yet. 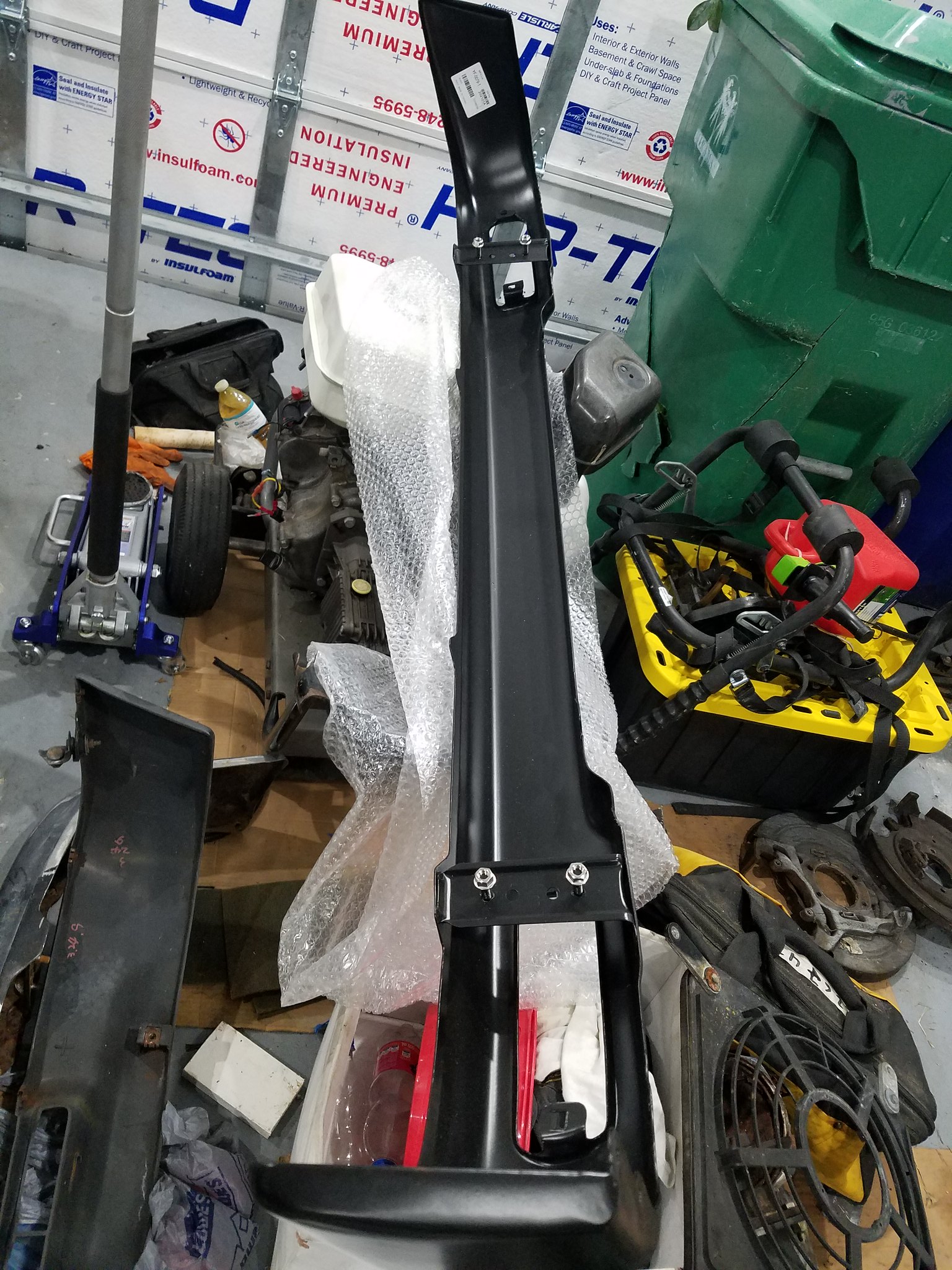 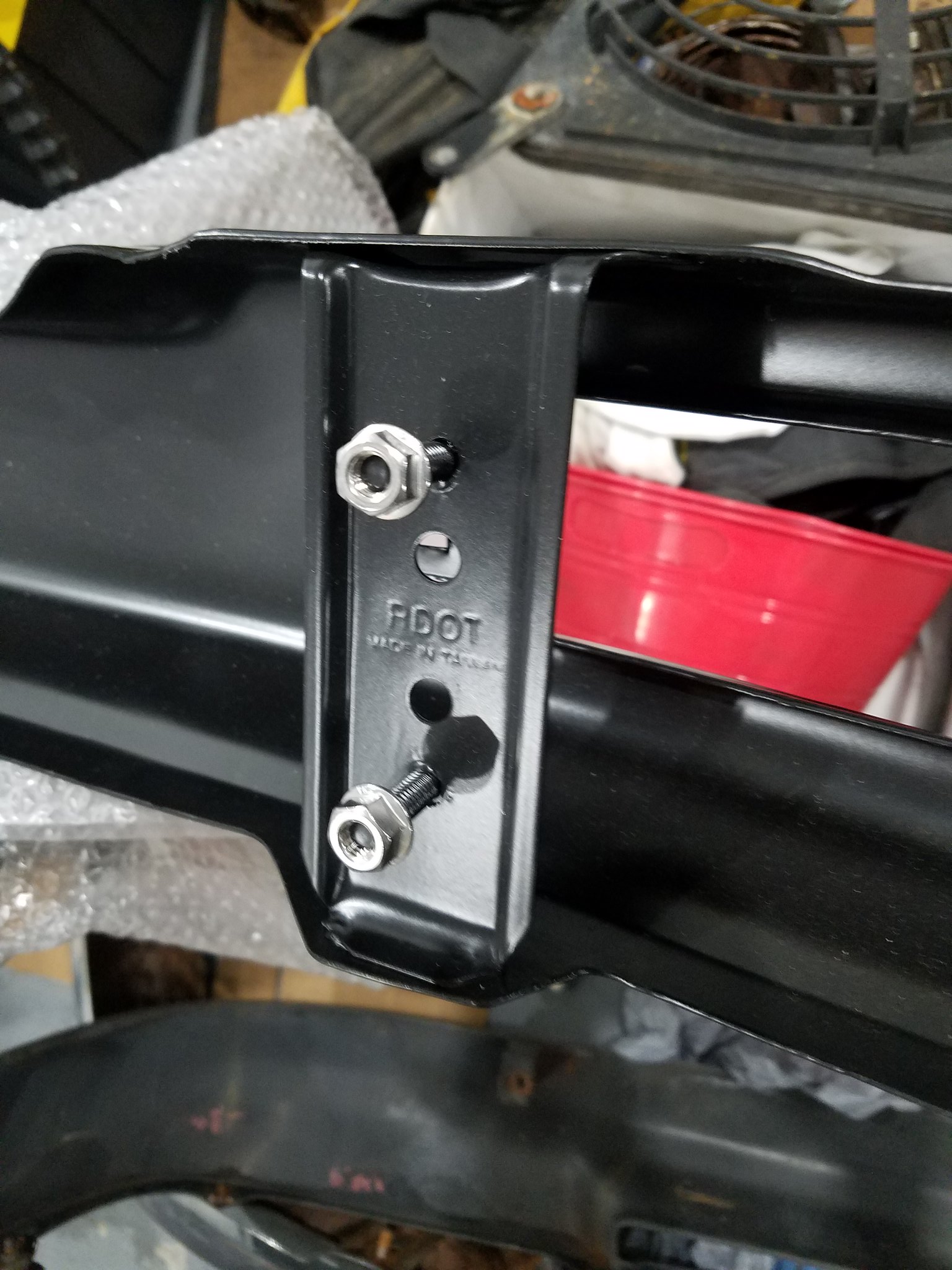 I cannot wait! A couple of simple paint jobs and this front end is finally coming back together! 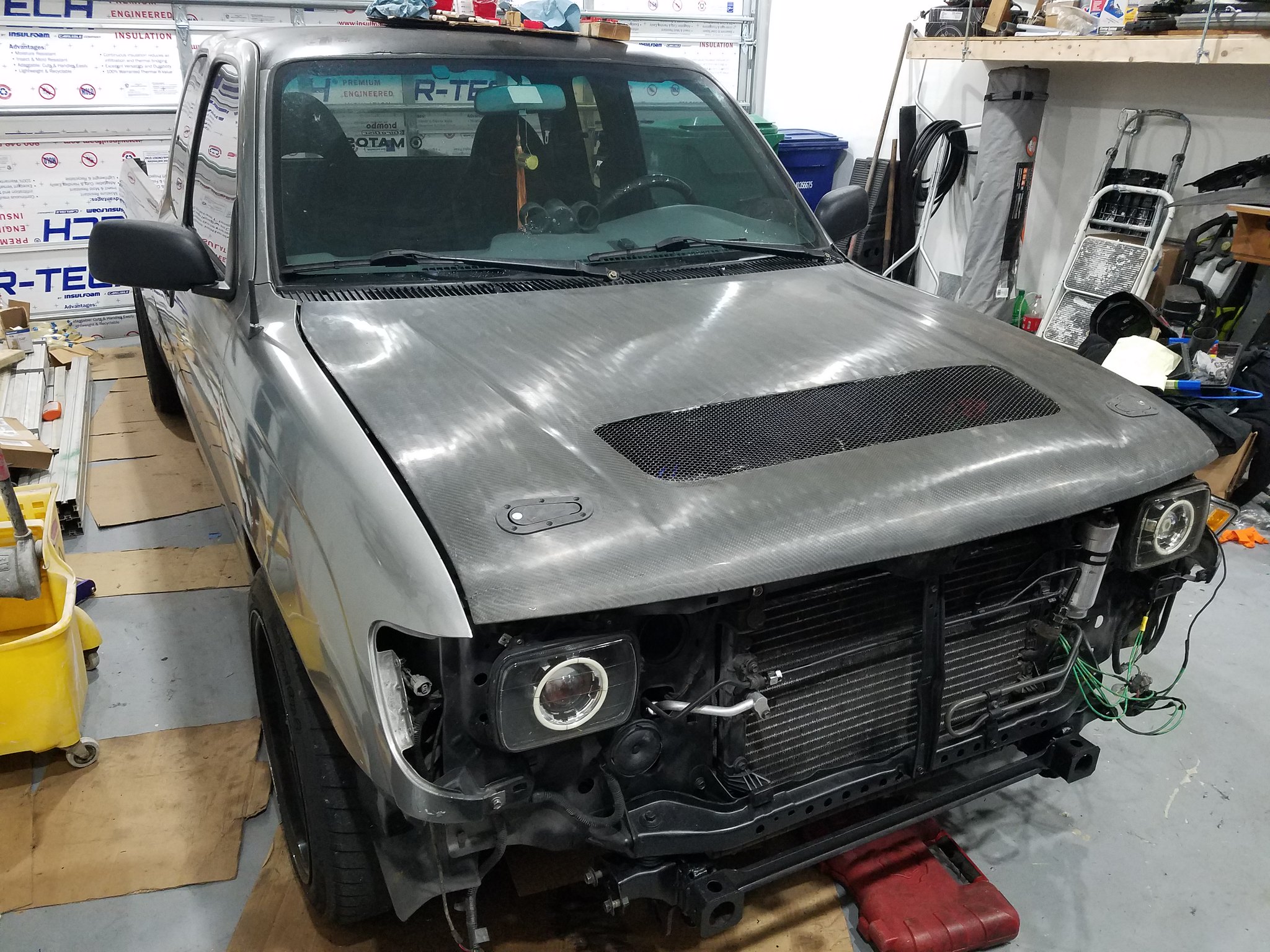 Joined Aug 4, 2014
·
1,022 Posts
Well, I got my new grill cut up for the Satoshi x Intake scoop setup and primed it along with the new bumper. Notice I'm painting the trim on the corner lights as well. Not sure why people always fail to do that. 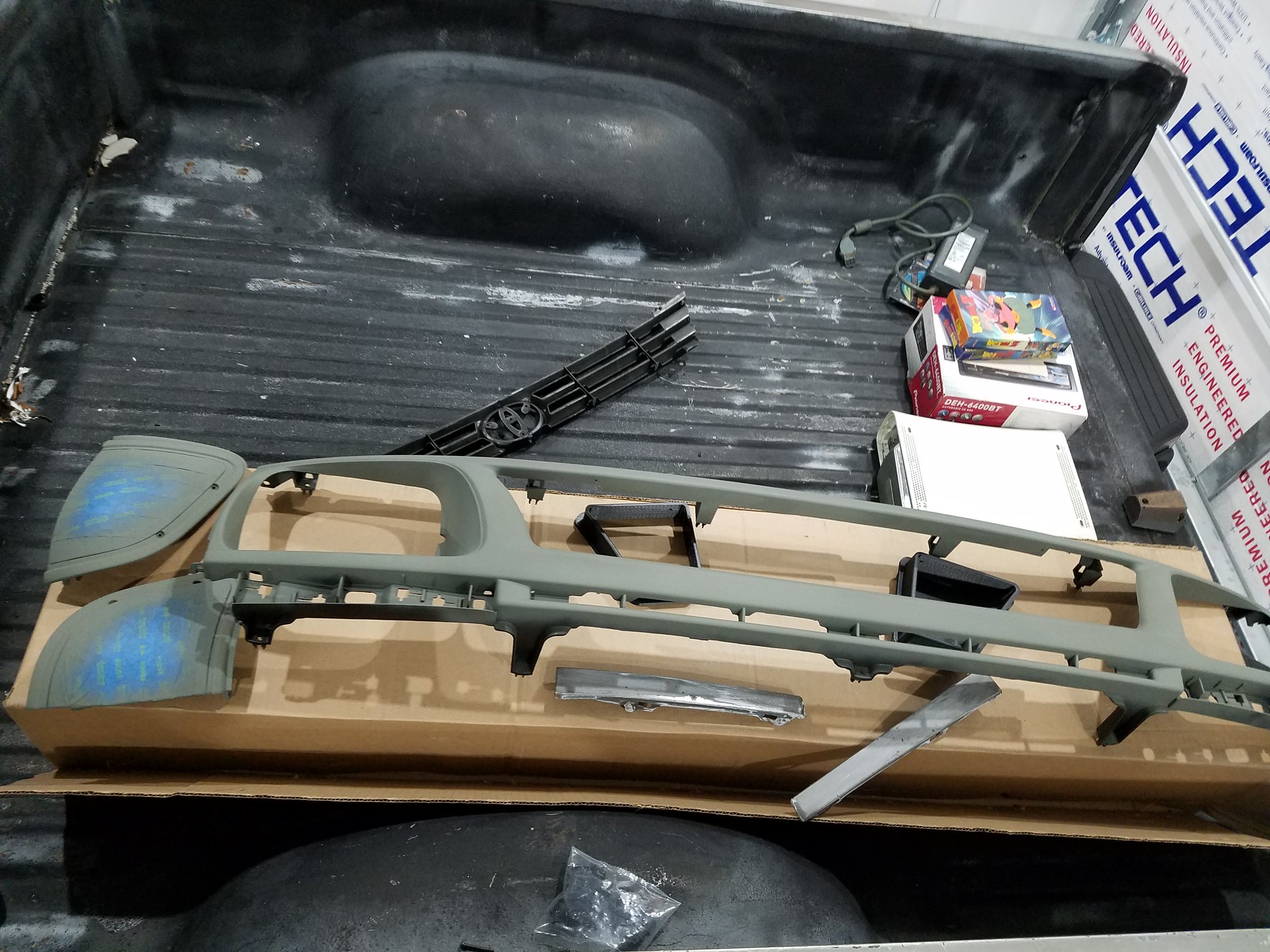 I'm itching to get all these projects done so I can clean my garage of all this junk! 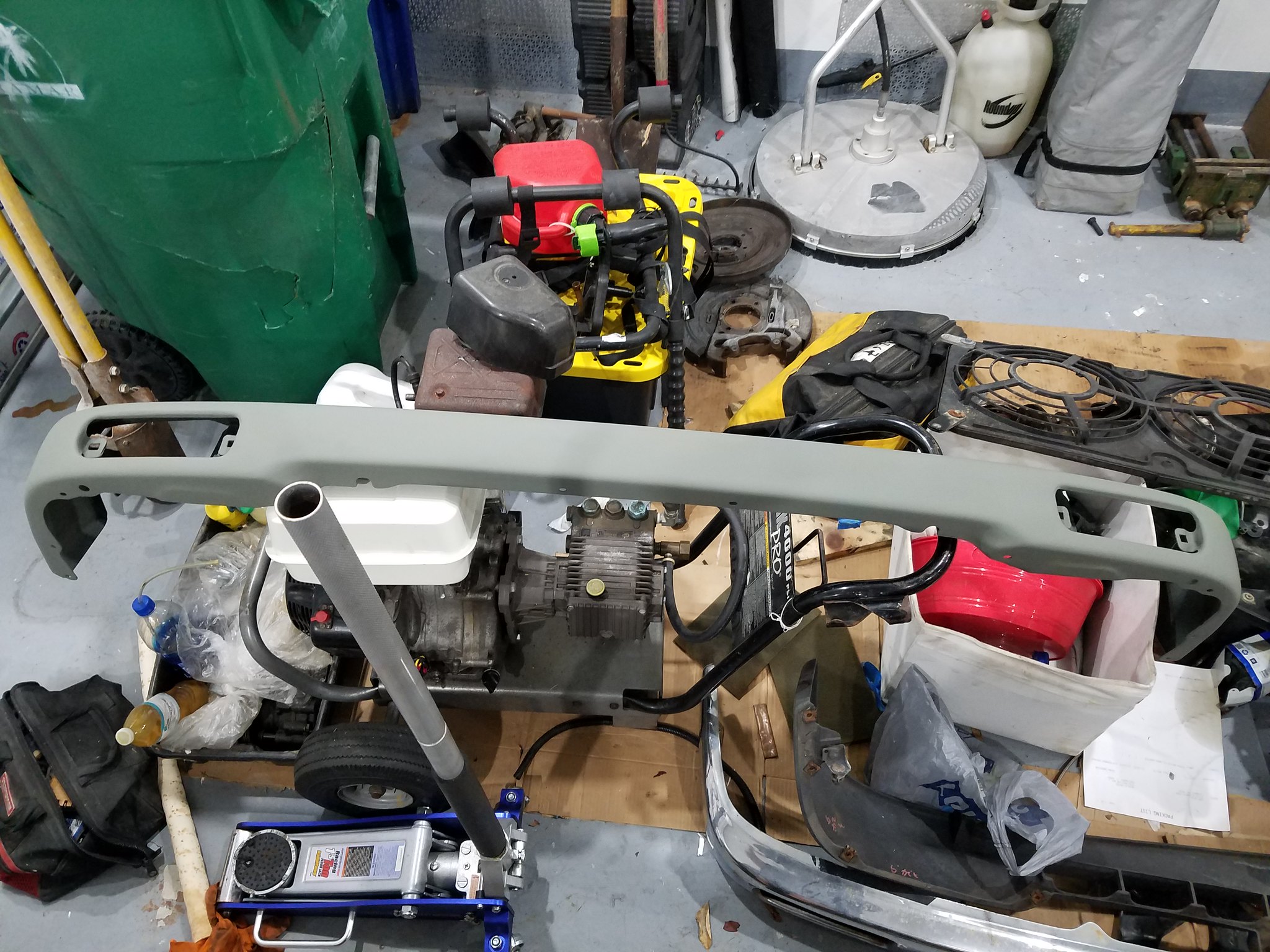 I did a quick test fit on the truck to see what the grill looks like. It's pretty funny looking like that lol. 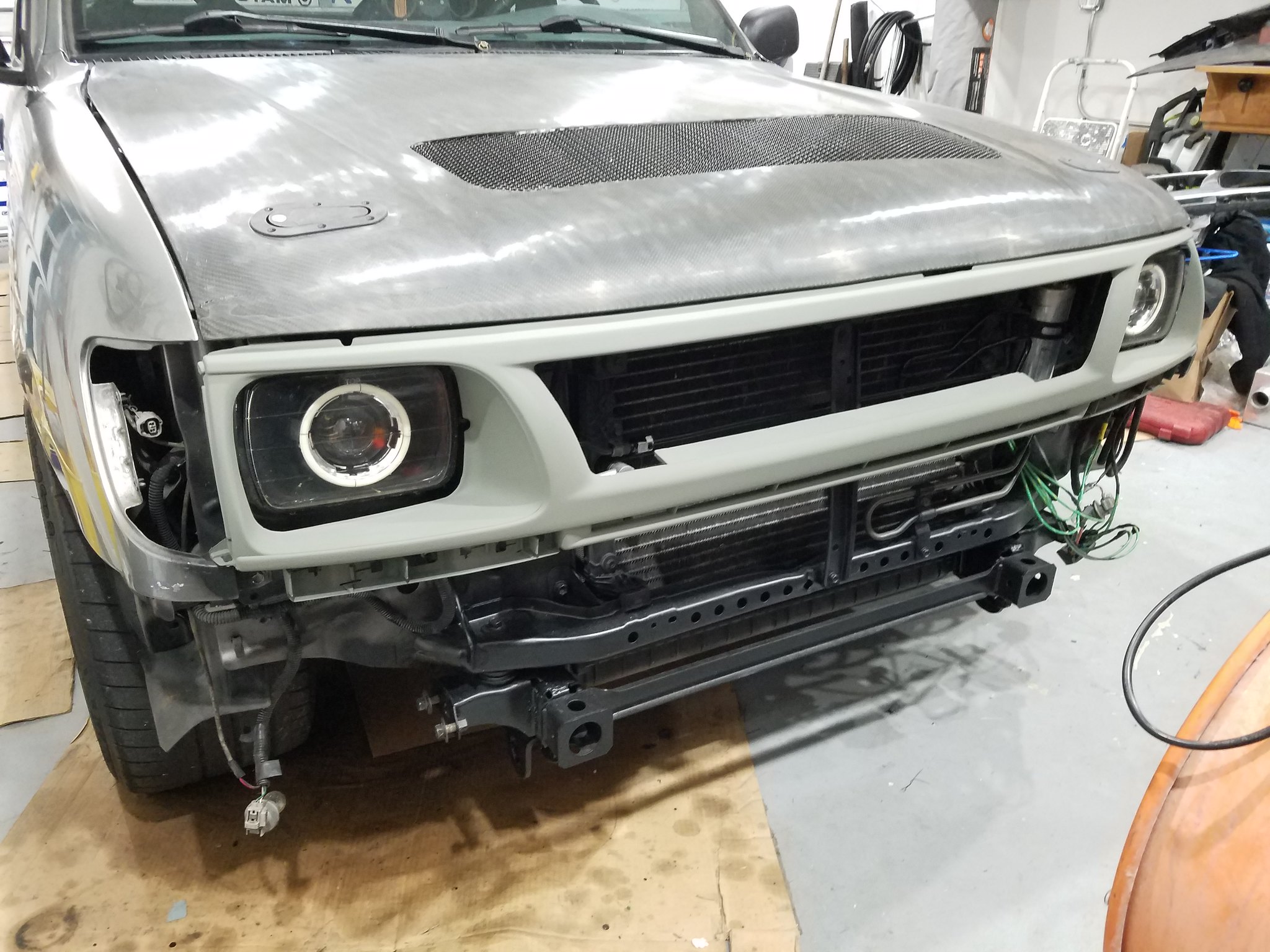 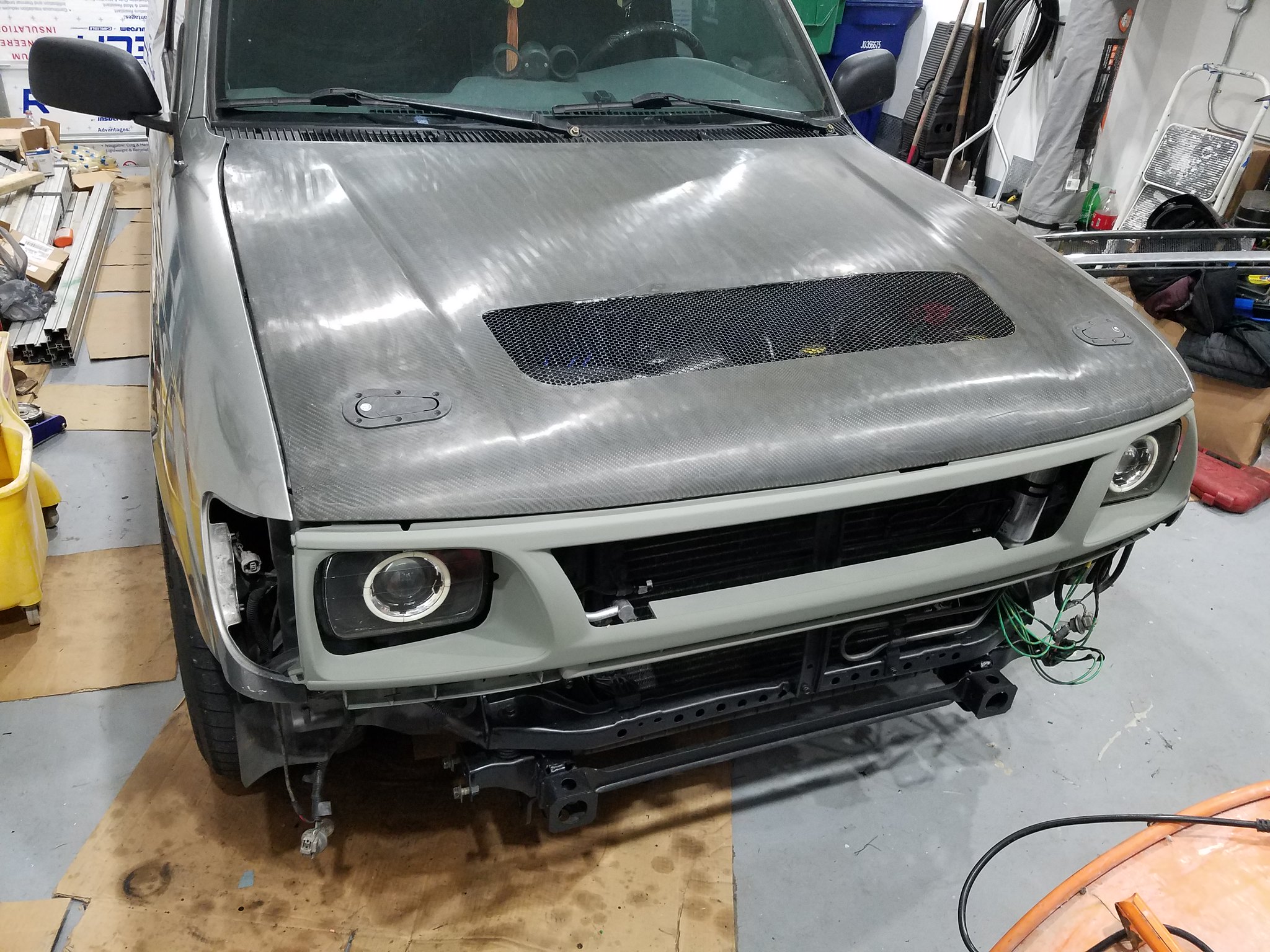 Joined Aug 4, 2014
·
1,022 Posts
I hit everything up with a filler primer yesterday. The plan is to sand everything down today and start doing base coat/clear coat.

I actually painted these parts separately so I would have room to move then around and get good coverage. They are only together out there so they can dry. 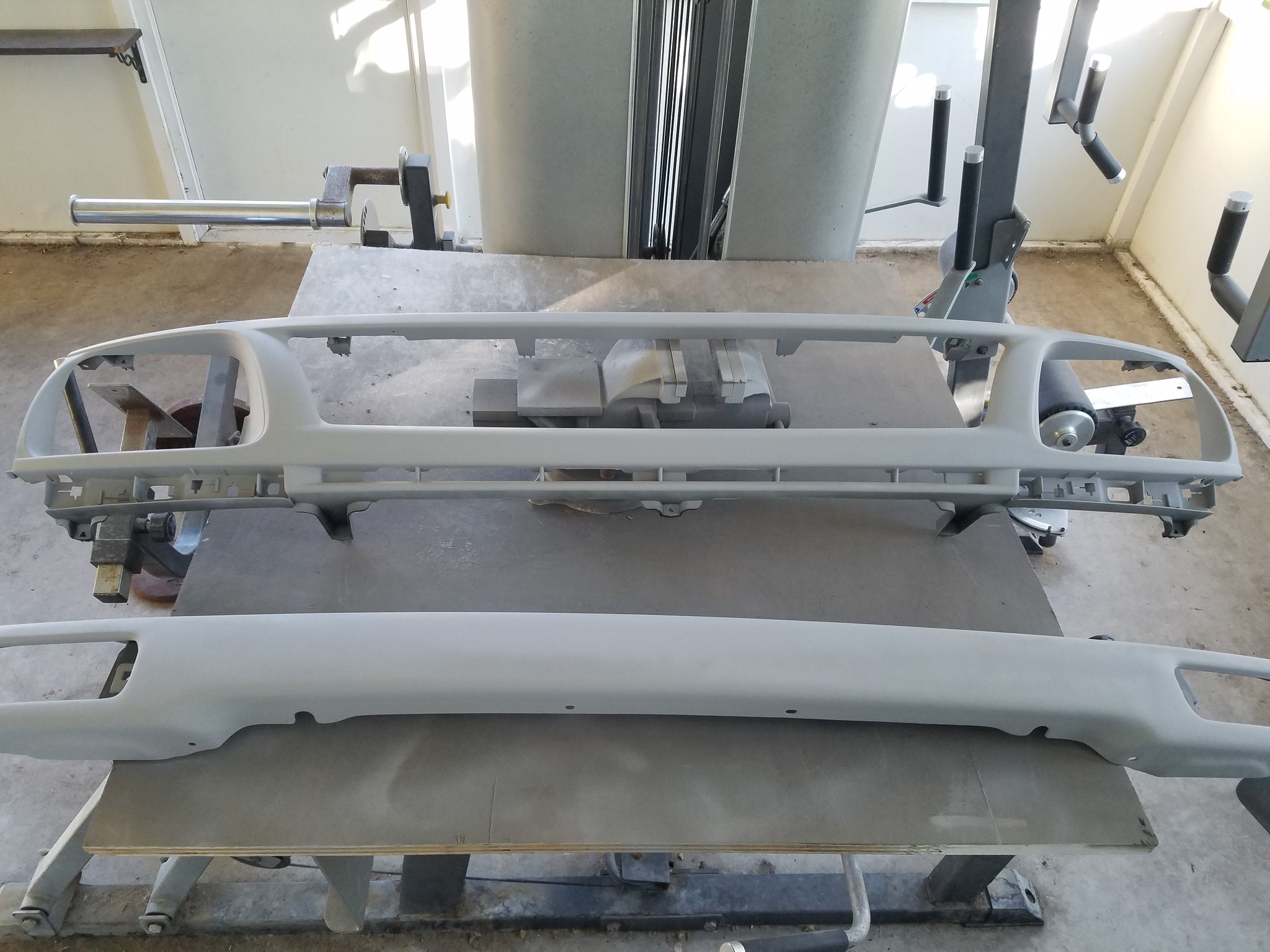 Joined Aug 4, 2014
·
1,022 Posts
The hardware that holds the valence to the bumper bar was all rusted out. For this reason, I ordered stainless bolts but still needed to do something about the clips they thread into. I decided to take a stab at rust bluing these parts. I started by leaving them in a mix of salt and vinegar for a couple of days to peel off any finish and remove all the uneven rust. I gave them a good scrub with a toothbrush to reveal clean metal. From there, I brushed on a mix of hydrogen peroxide and salt. This causes the parts to rust uniformly. I then submerged the parts in boiling water until they turned black. Once the parts were black, I took them out and added the peroxide mix again, giving them a coat of red rust over the black. I then boiled these again and continued to repeat the process until I got the nice, jet black look I wanted. Once finished, you can seal the parts with oil or wax to prevent future rust. I left mine in a cup of motor oil. Once it's time to reassemble the front end, these will come back out of the oil. 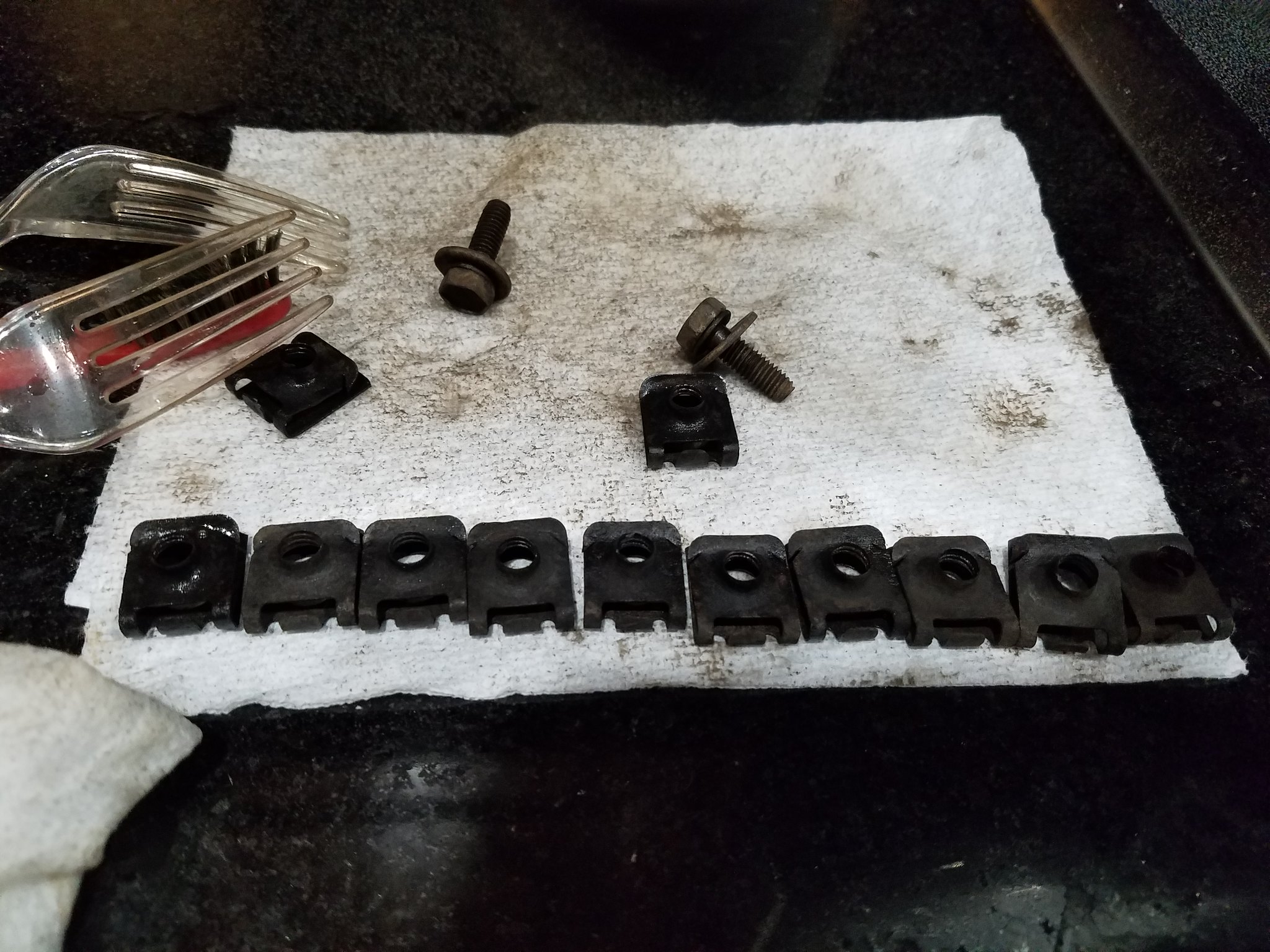 Joined Aug 4, 2014
·
1,022 Posts
I rolled the truck out of the garage earlier and set up a makeshift paint area. I definitely need to clean up this garage before taking on future paint projects; it is not a clean enough environment to use as a booth. 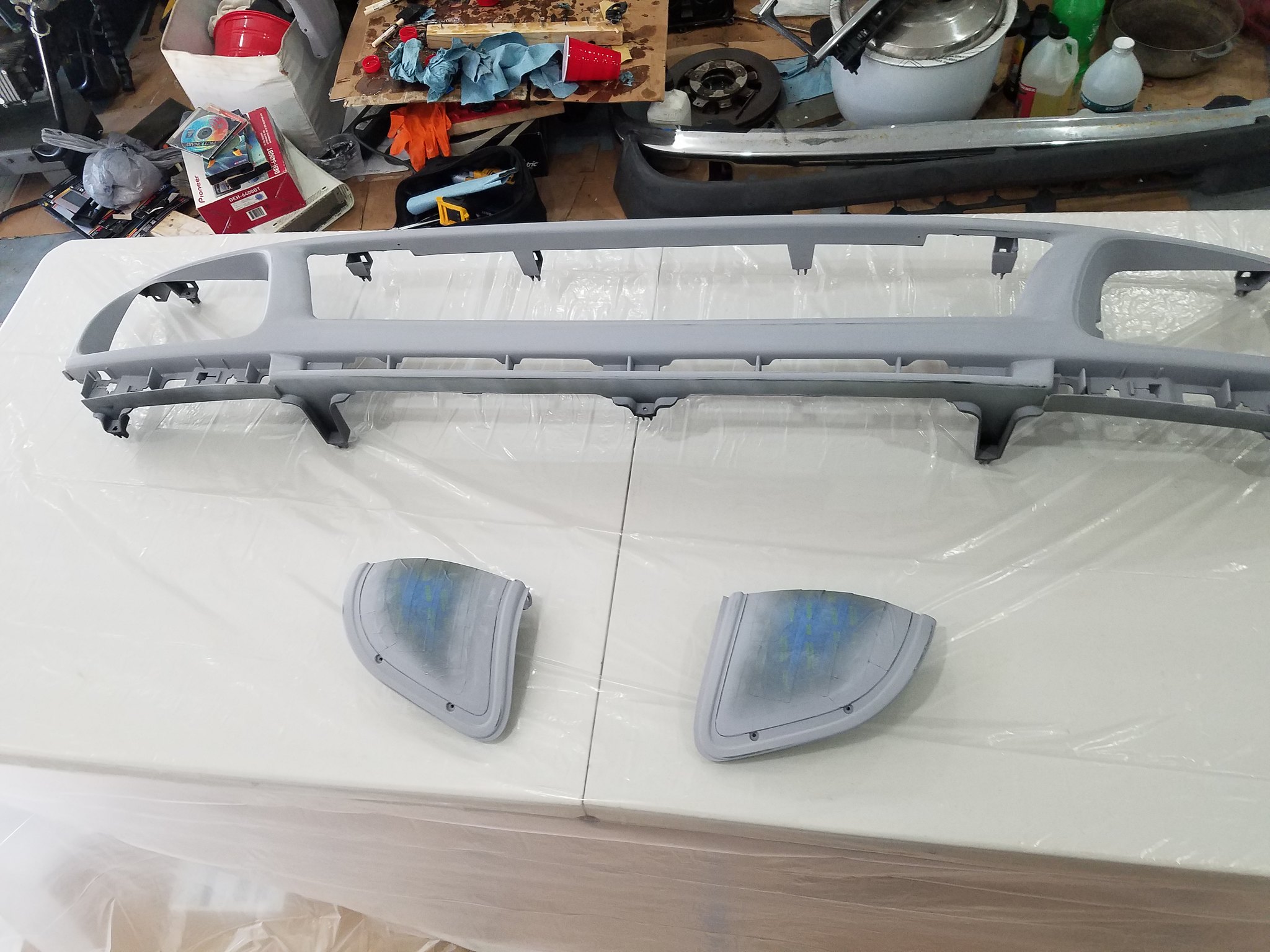 20211201_145418 by Jose, on Flickr
It's a pretty basic setup. Plastic bag on a picnic table and a small industrial fan to blow out the fumes (I opened the door partially while I sprayed). 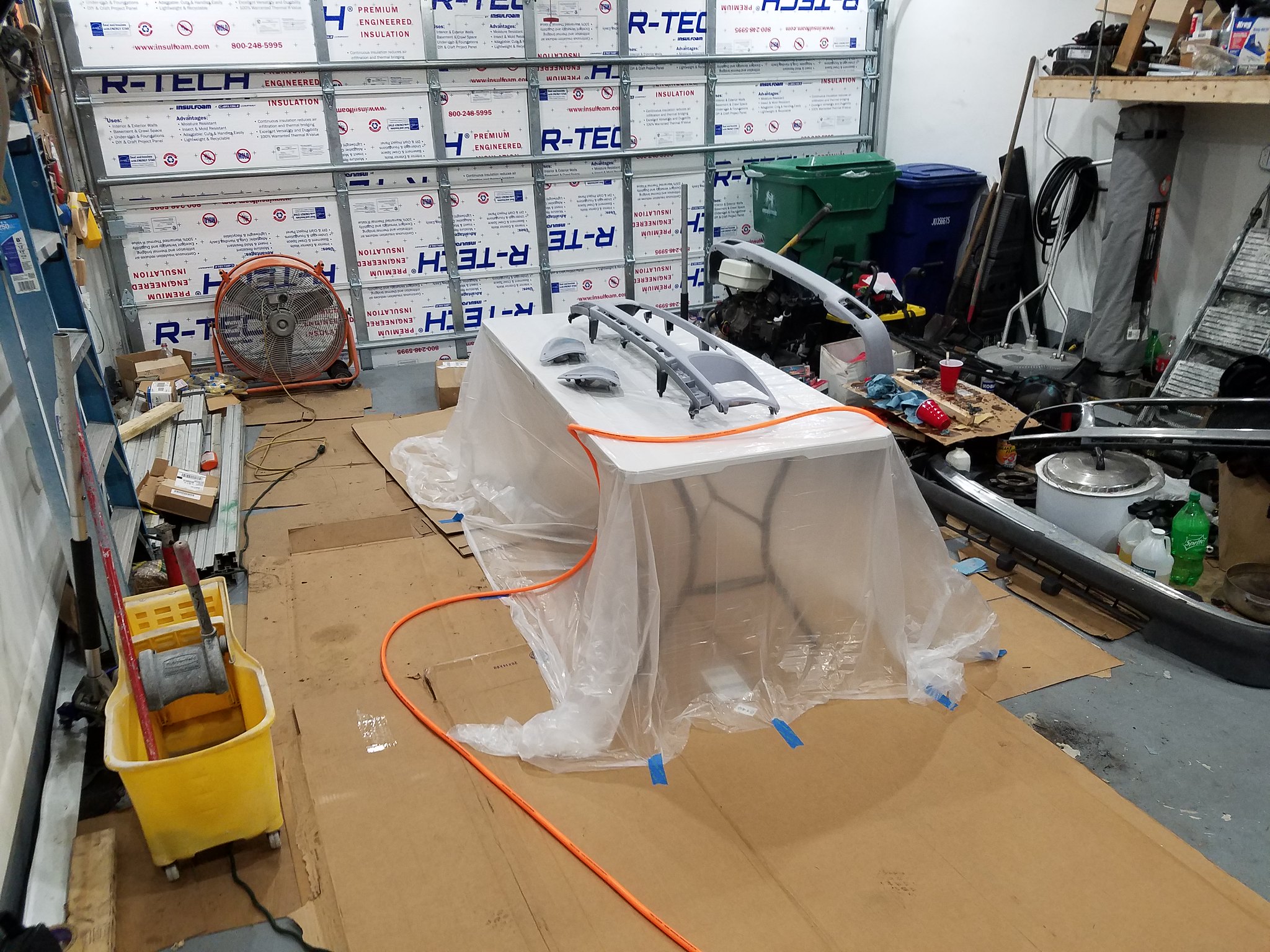 Joined Aug 4, 2014
·
1,022 Posts
Here are the parts once painted. They have a good gloss, but it is certainly not close to my best work. I did end up with some fisheye and some particulates in the paint, nothing I can't resolve with a wet sand and buff. Part of the issue is the paint I have is a few years old, and I really should have run the base coat through a strainer before mixing and not just strained it when pouring into the HVLP gun. Oh well, another lesson learned lol. 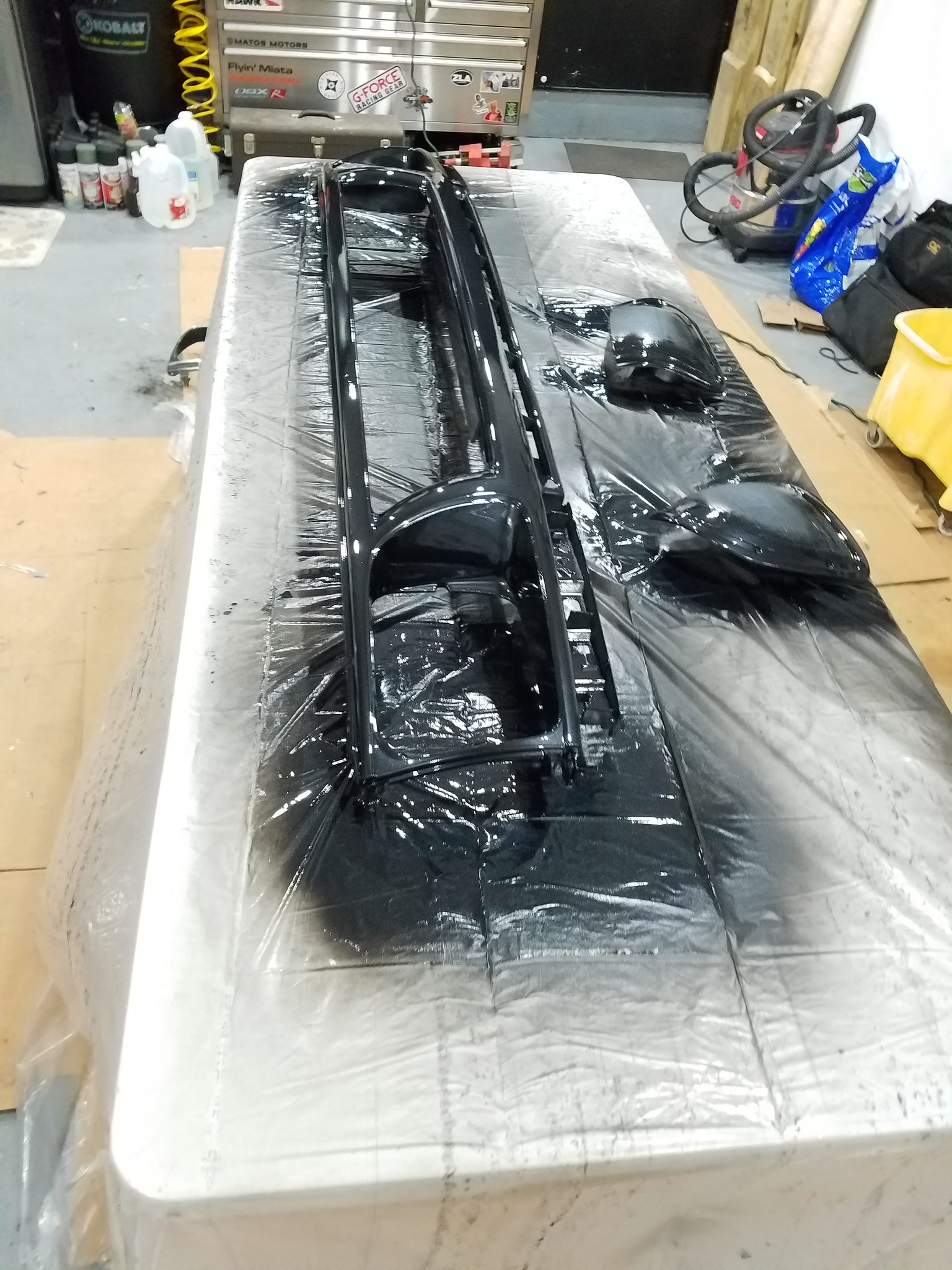 I absolutely love how Toyota's Black Sand Pearl looks in the light, one of the reasons I have used it so much over the years. Believe me when I tell you, pictures don't do it justice. I will definitely have to paint my future Supra in this color! 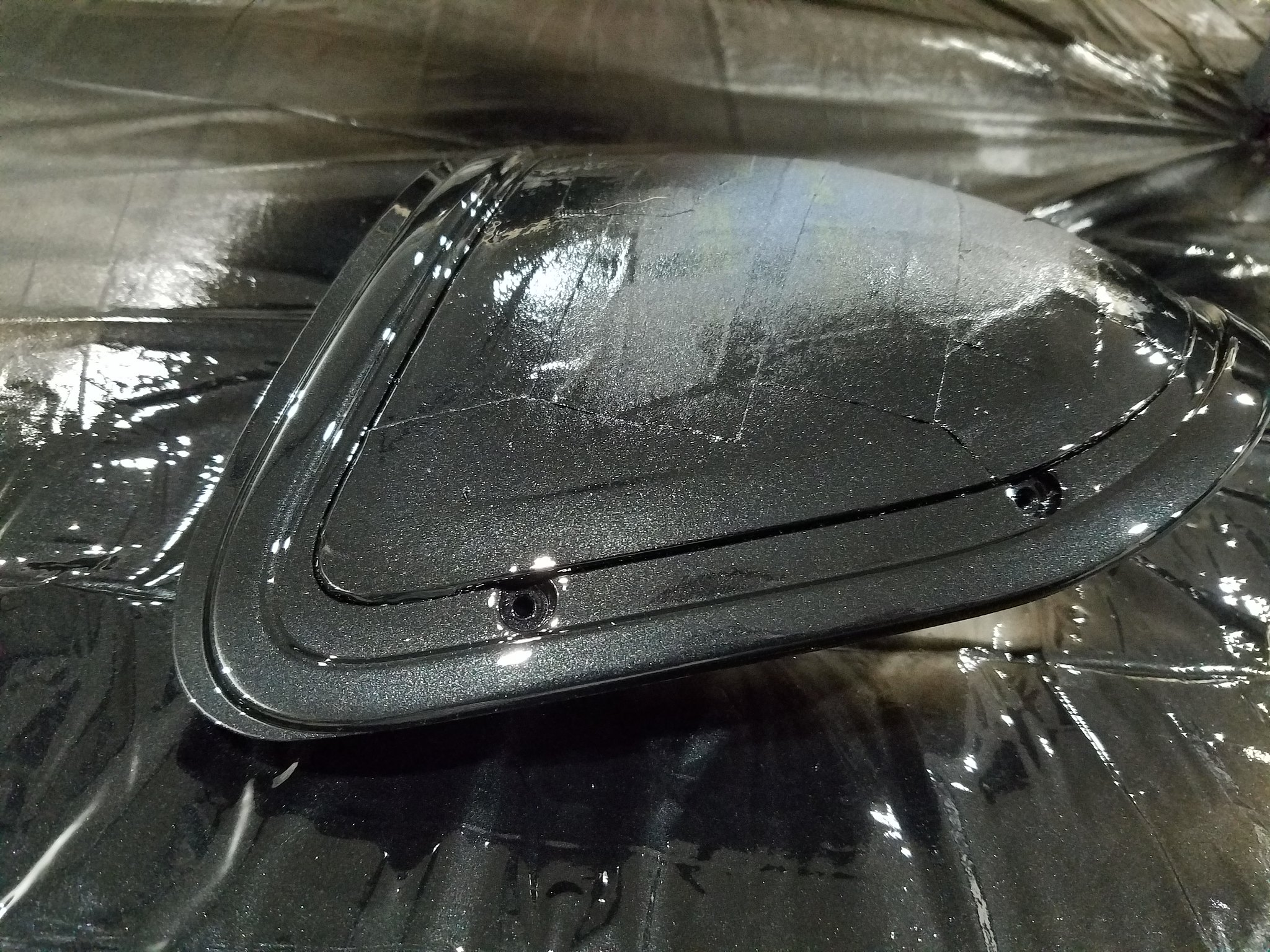 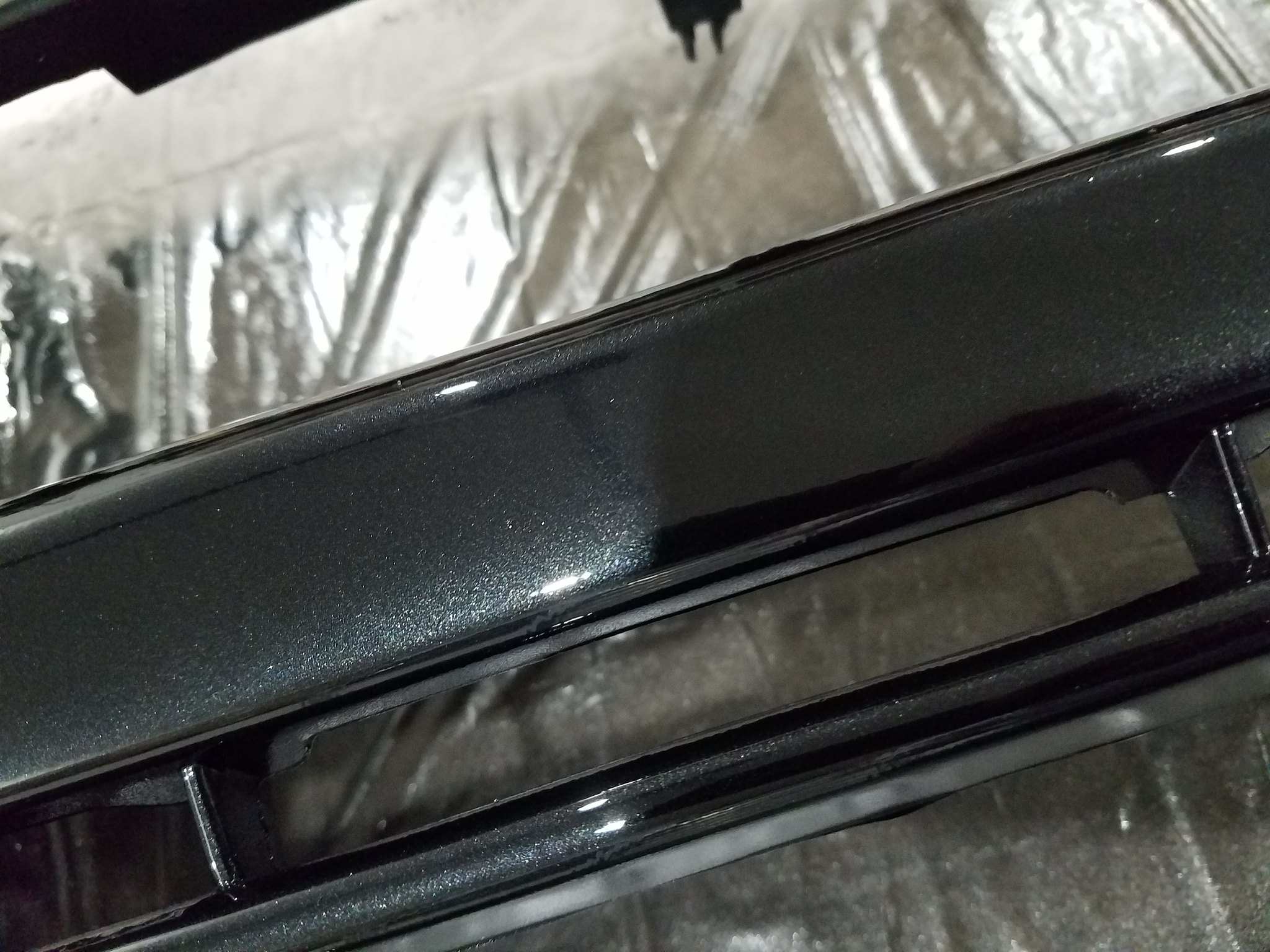 Joined Aug 4, 2014
·
1,022 Posts
The paint has flashed on the surface, so I carefully moved everything so I could take apart the painting table and put the truck back in the garage. 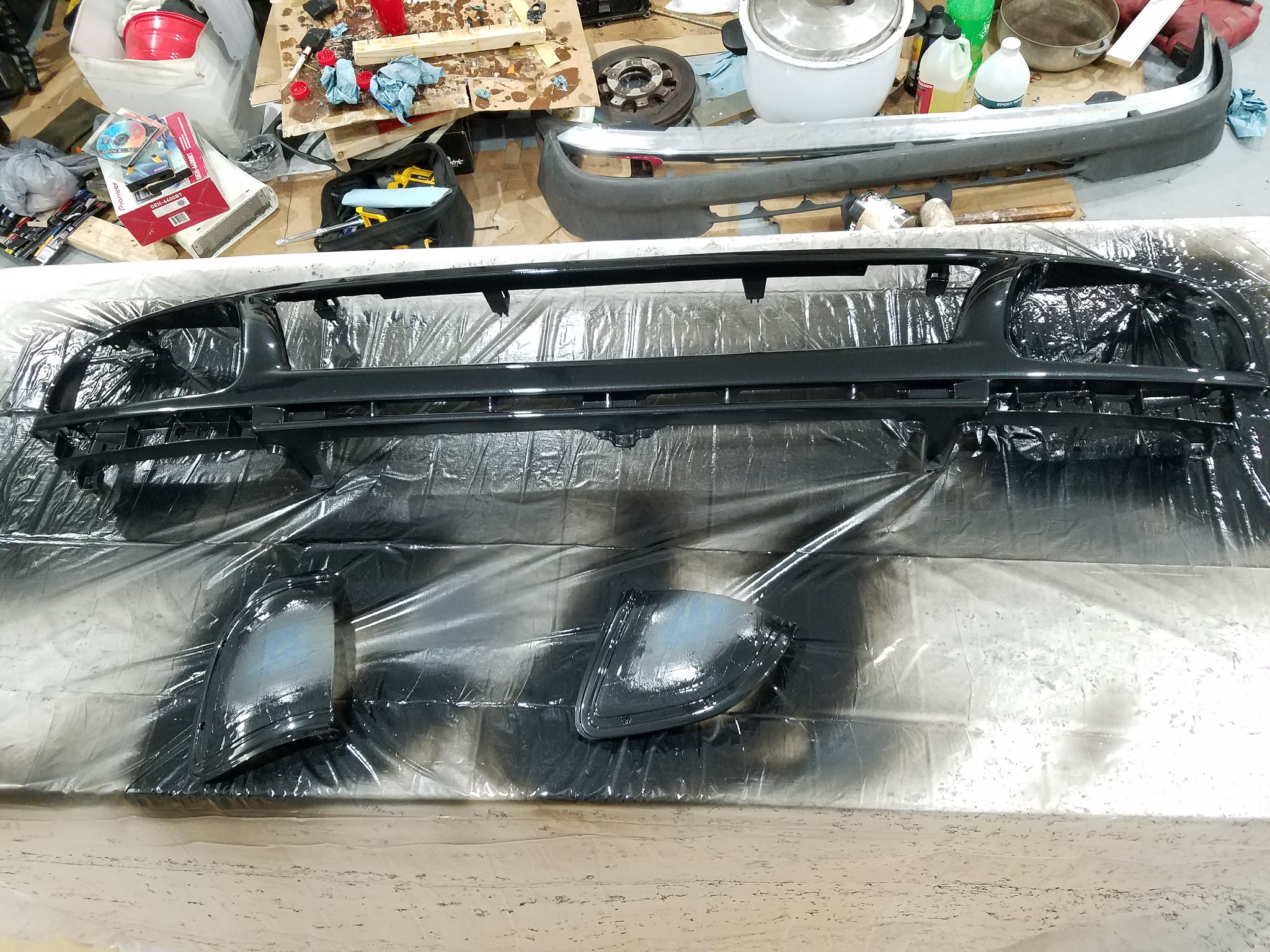 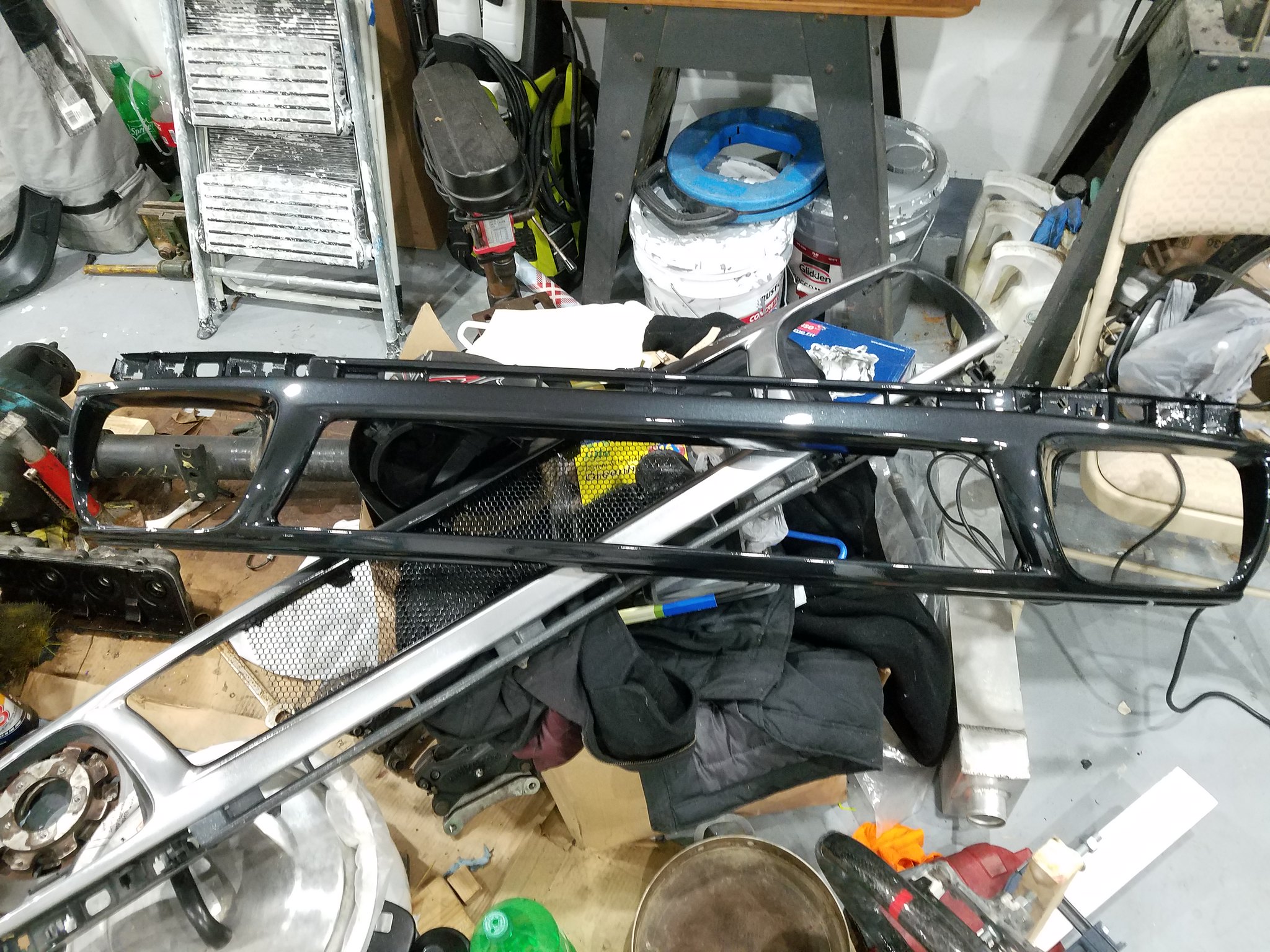 You can't really tell, but I applied the same paint to the mesh that's on the old chrome grill. I will be transferring that mesh to the new grill...just as soon as I find my Allen wrenches
in all this mess rofl! 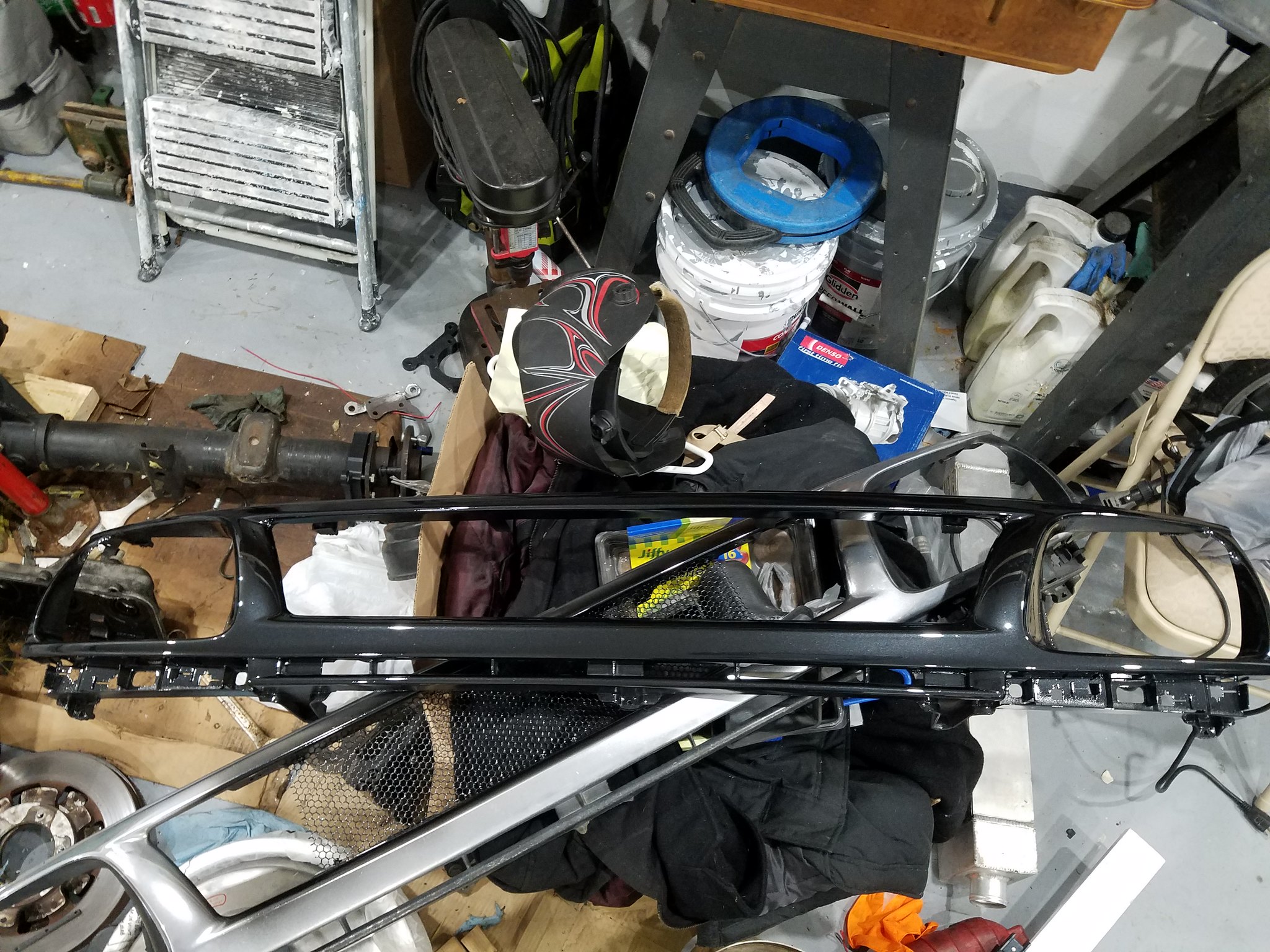 I went ahead and started peeling the tape off the corner lights. These came out really good! 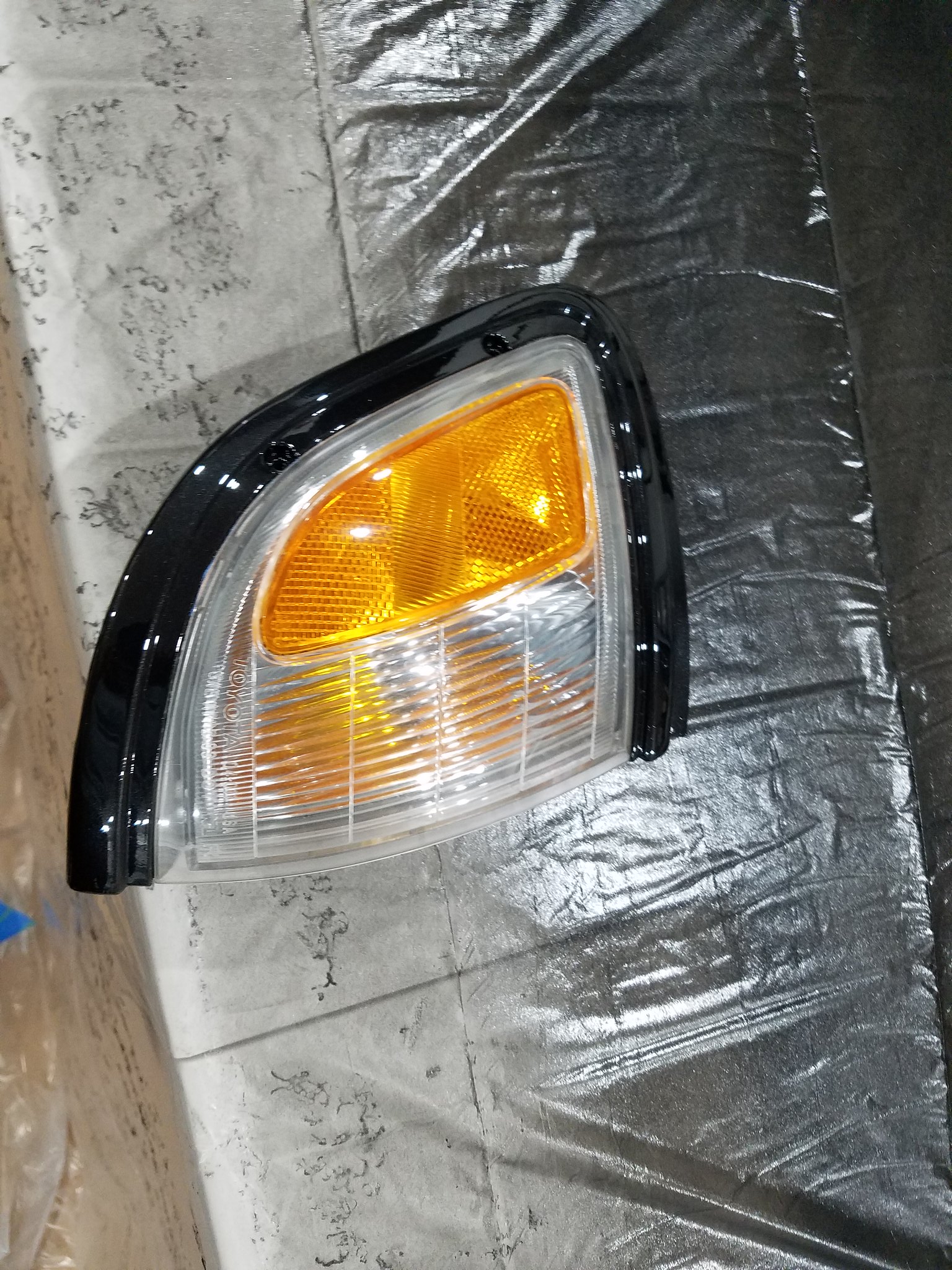 I really love how this looks and cannot wait to see it all on the truck! 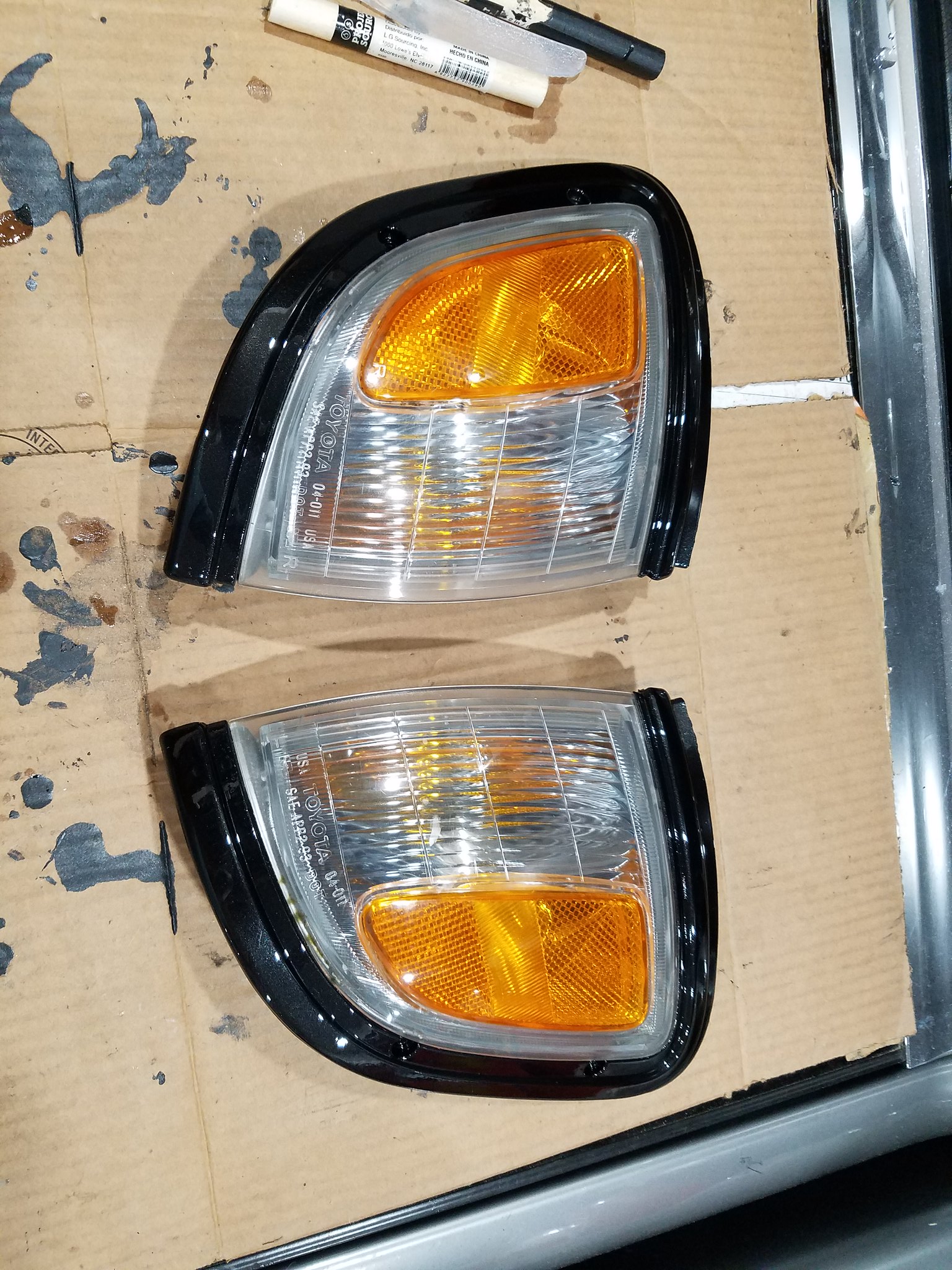 Joined Aug 4, 2014
·
1,022 Posts
I absolutely love the contrast the black grill makes against the color of my truck! 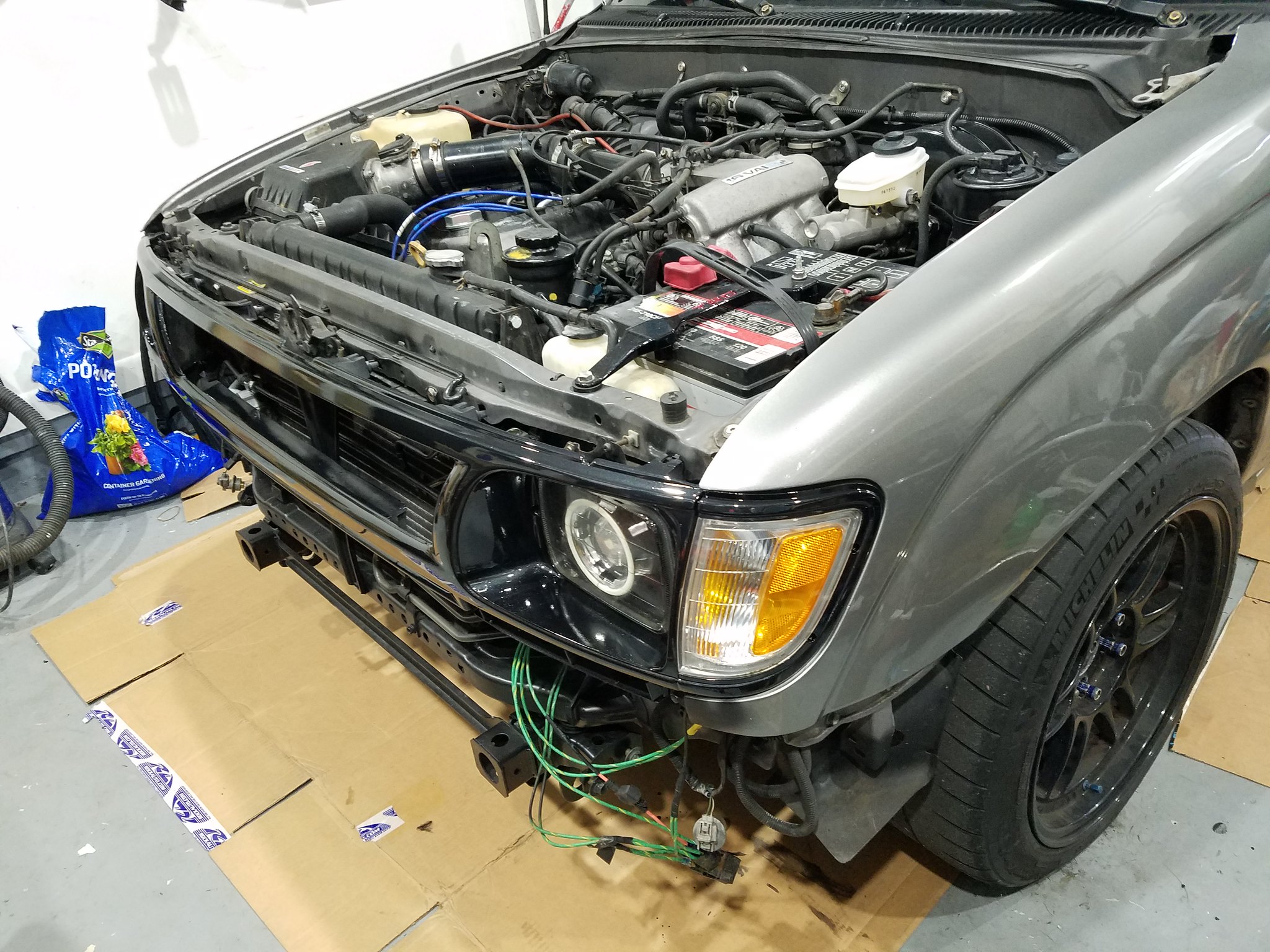 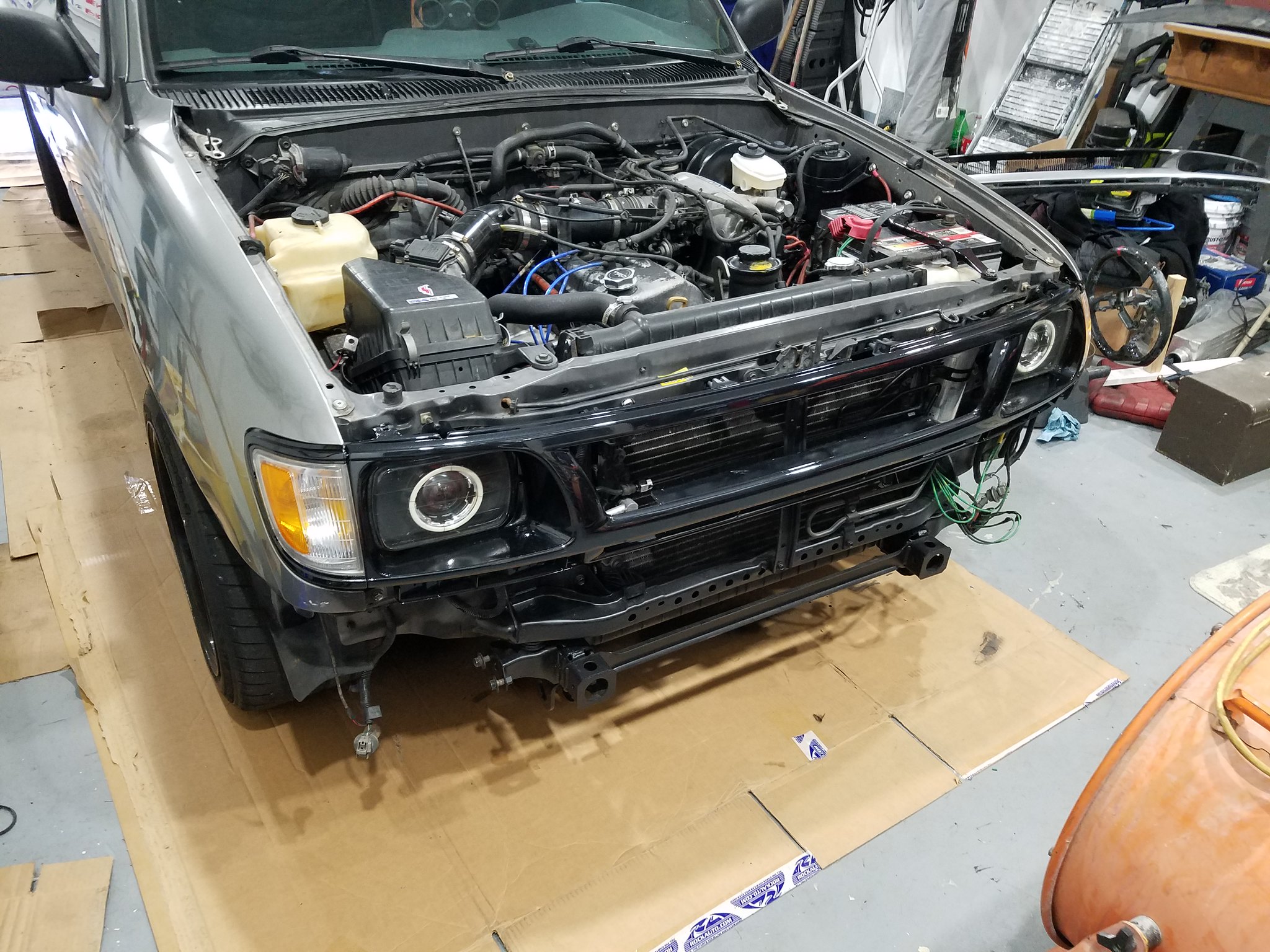 What a shame I got all this random grit in the paint and will have to sand the entire thing back and re-spray it. 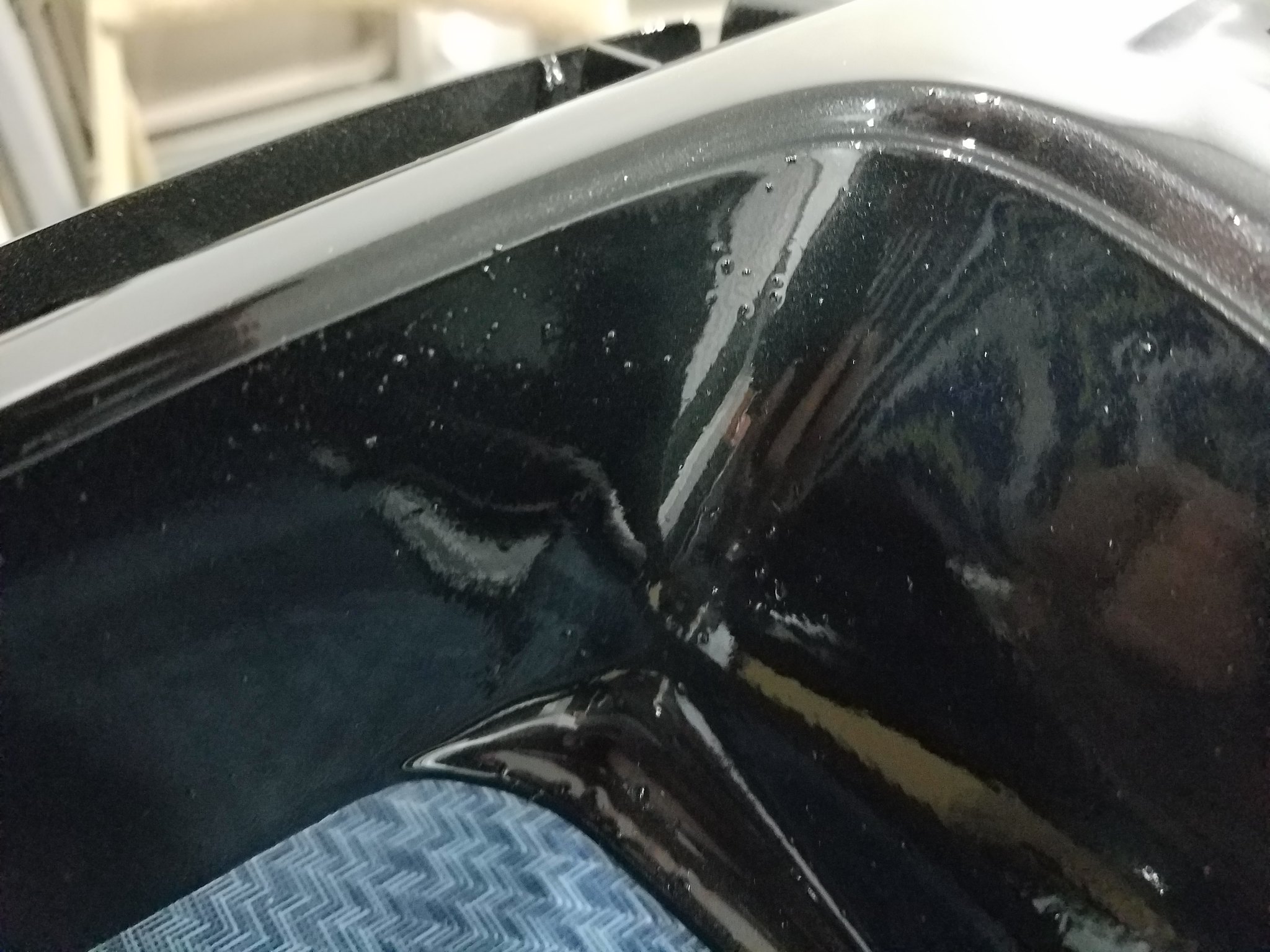 However, I did find the culprit. I noticed low paint flow throughout the process. Upon closer inspection, both of my HVLPs needed new filters and I was in need of a new regulator. I got both at Lowes and my bumper ended up coming out much better as a result. I will say, my air compressor is really under specced for the larger of the two HVLPs; it kept running as I was painting. I foresee a larger one in my near future

Joined Aug 4, 2014
·
1,022 Posts
I actually corrected my HVLP issues shortly after I began the bumper- so it got a rocky start. However, I am quite happy with the final result. I think a wet sand and buff will leave this thing 100% perfect. 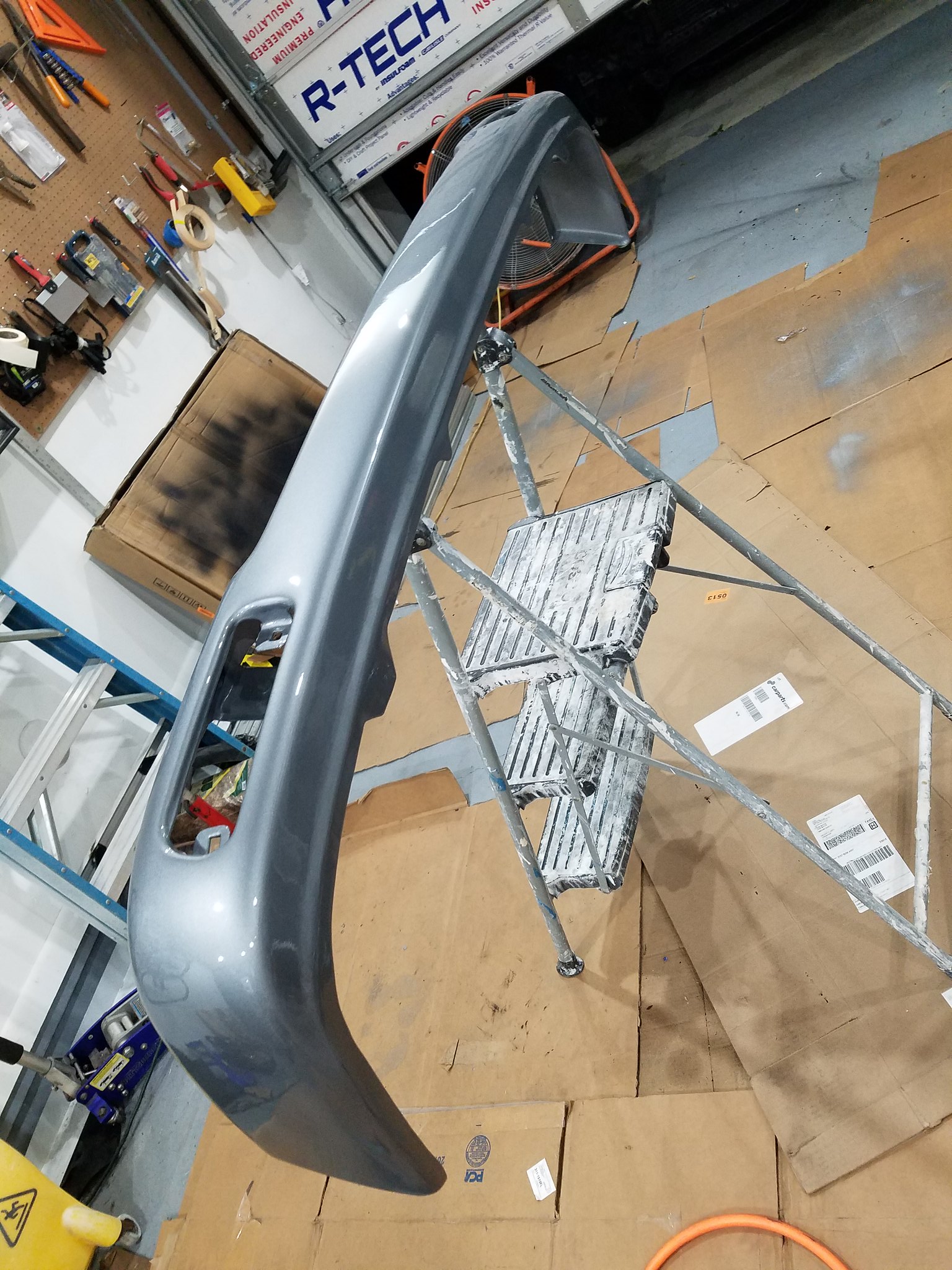 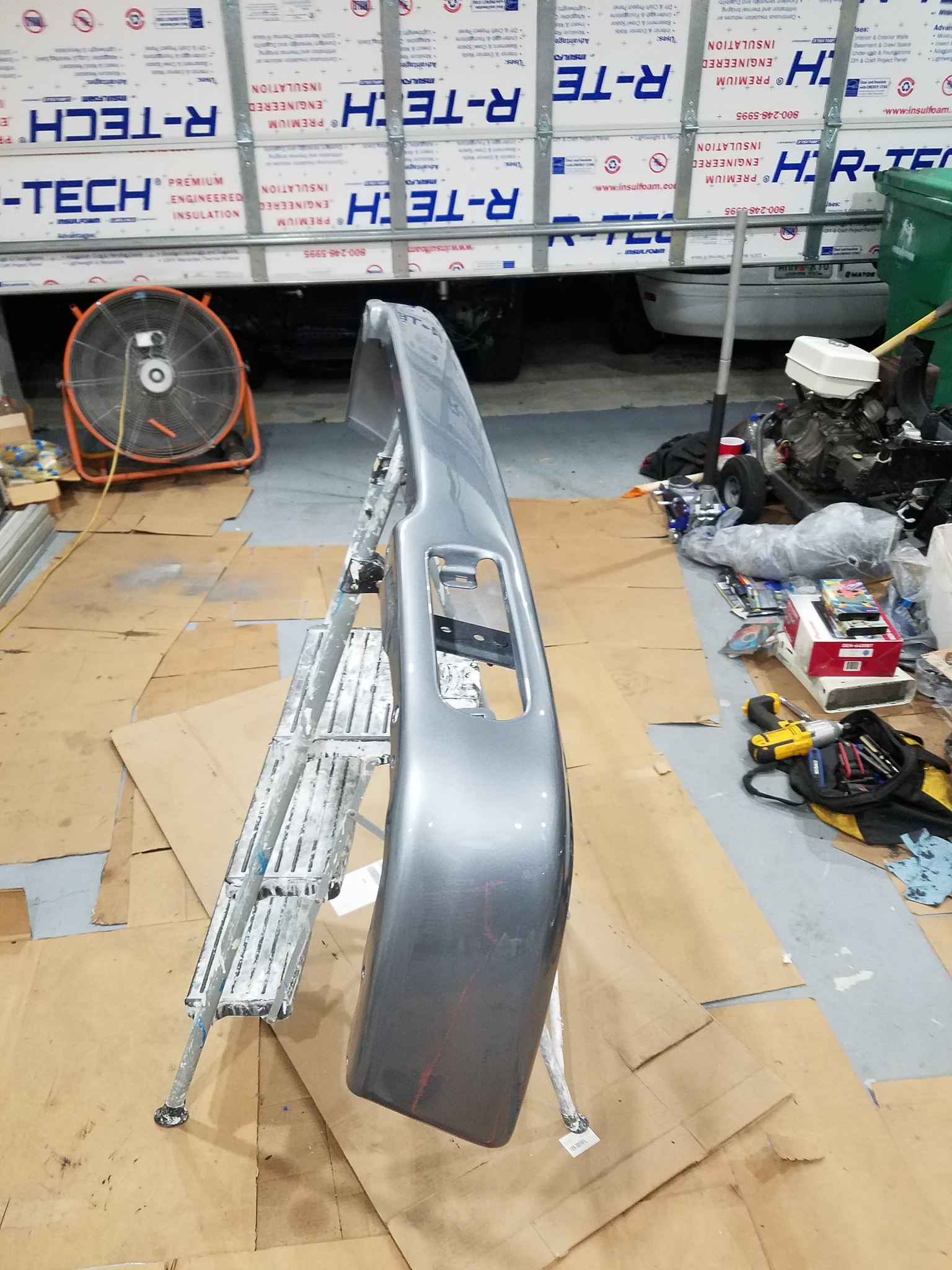