In case you're not and are wondering what I'm on about: the 6th generation of the iPod Nano was a little square with a side roughly 4x4 cm (1.5 inches, if your president is impeached), so someone got the fancy idea to make this awesome little case:

It's very good quality, latches on easily and stays on tight. The combo of iPod and case hardly broke the 60 bucks, it looks sleek and stylish but also, most importantly, futuristic in an 80s kind of way, which is exactly what smart watches should look like.

I mean, come on, you cannot tell me this doesn't look straight out of a TV series set in the "distant two thousand and nineteen".
Hell, there's even a nixie tube face!

Speaking of which, 18 different faces! Most ugly, I'll admit, but even only liking five basically gives you five watches for the price of one!

Most important thing, though, is: can your watch store your data, display pictures of your loved ones, play Paul Simon, and/or listen to the radio? I'd bet against it. Even if you do have a smartwatch, I highly doubt it can function as a USB or has an AUX jack.
Though there is to say, this only has the AUX jack. That's right, no Bluetooth. It was the very last iPod to lack it. I won't act like this isn't a huge inconvenience, but I'd rather this than not having an AUX jack.

I'm really loving mine so far! I don't need it as a music device anymore, since my new phone can hold all my music just fine, but it's nice to know in the not improbable case I manage to drain its battery I still have a way to listen to my tunes.
Thoughts?

Joined Jan 6, 2019
·
554 Posts
Oh, and would anyone be interested in a Bvlgari Carbon Gold Somecity Edition? It can't play Kodachrome, so we're selling it.

View attachment 149618
Pretty much identical to this. Box, accessories, certificate of authenticity, all that stuff. Hardly ever opened, never used iirc. Y'all care?

In case you're not and are wondering what I'm on about: the 6th generation of the iPod Nano was a little square with a side roughly 4x4 cm (1.5 inches, if your president is impeached), so someone got the fancy idea to make this awesome little case:

Came in either 8 or 16GB, enough to comfortably hold any music library within the three digits and, if you set the max bitrate adequately, well into the four digits, perhaps even five.
And you can say you have an Apple watch, which, so long as you don't capitalize the w, is technically correct.

Joined Aug 10, 2010
·
11,754 Posts
For those of you who use nato straps - you can bend spring bars using two teaspoons (“how“ should be obvious). Neat trick that allowed me to put a thicker nato on my citizen nighthawk.

Of course, consider buying spare spring bars to modify so you can keep OE bars operational for your original band.

Joined 10 mo ago
·
1 Posts
Great models, I had those! Everyone's tastes are different, but I can recommend them for quality and wearability! When I was looking for one, I came across an Orient. Orient was my dream since childhood, the price was not much higher than the last Seiko watch, and in terms of options, reviews, and appearance, it was exactly what I needed. In general, I buy smartwatches for sports, but I purchase classic watches only to wear them with a classic suit. I buy replica watches, and they are perfect and reliable, and they wear well. I order here 레플리카시계. They are well assembled and work well, very hard to tell the difference from the original.

Anyway, I've been wearing a Garmin Fenix watch the better part of the year - I did change the watch face to mimic an Omega Seamaster because I'm classy like that

Joined Oct 1, 2011
·
2,930 Posts
I have several traditional watches, but it's been a year+ since I have worn any of them. I daily a samung galaxy watch that is black on black. It goes well with all of my polos + jeans at work. It's also really nice to be able to check notifications in meetings without taking out my phone.

Top tip: don’t buy a discontinued watch without the original bracelet, even if you don’t think you want it at the time 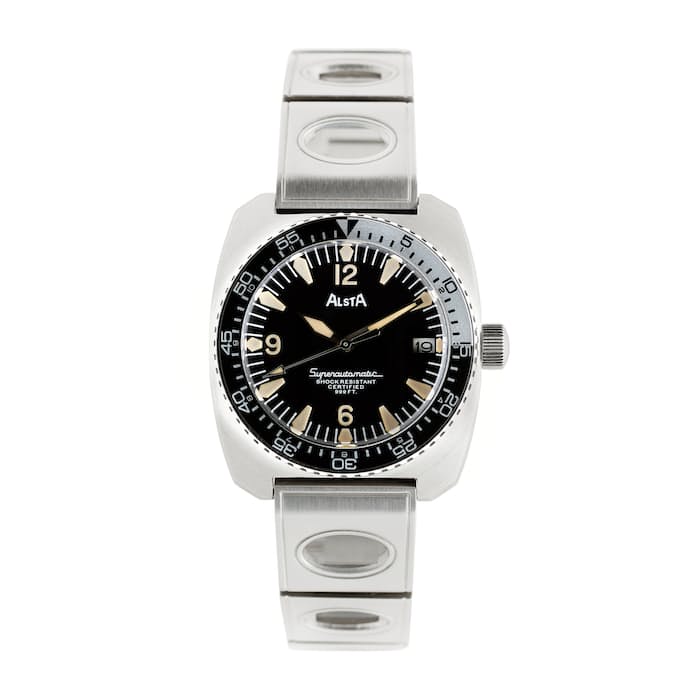 The OG Jaws watch, back in action

Joined Aug 25, 2011
·
749 Posts
Isn't there someone on here that makes custom watch straps?
I'm looking to buy a new strap or two for a watch and I'd like to support small business if possible.
Looking for 22mm leather quick release.

Joined Nov 13, 2011
·
3,383 Posts
That reminds me, I have a ton of 20mm NATO straps I am no longer using. Would be happy to give them away to folks on here if there is any interest. Let me know and I can post pics.
301 - 316 of 316 Posts
About this Discussion
315 Replies
99 Participants
Last post:
Louros 3 mo ago
ClubRoadster.net
A forum community dedicated to Mazda Miata MX5 owners and enthusiasts. Come join the discussion about Mazdaspeed performance, modifications, troubleshooting, racing, maintenance, and more!
Full Forum Listing
Explore Our Forums
Pub Roadster For Sale or Trade General Automotive Chat Exterior Roadster Projects
Recommended Communities