What did you do to your Roadster today?

Joined Mar 21, 2017
·
107 Posts
Yesterday evening we were hit by an (for Germany) pretty decent thunderstorm, which did NOT sit well with the tent my car is parked underneath.
My mum called me downstairs because one leg of the tent had lifted up about half a meter, so I went out and held it down while my father tied down tow corners of the tent using the car as a counterweight.
Later, my mum sent me this picture:

The tent still partially collapsed, but the metal bits didn't fall all the way down so they didn't hit the car

Today I did some more disassembling, but in order to not "flood" this thread I'll just link the entry in my build-thread.
Feel free to check it out (and maybe have a chuckle/laugh about my mistakes):
http://clubroadster.net/vb_forum/89-roadster-projects/242818-may-i-introduce-maria.html#post6067377

I also removed the silver cover that's right under the rear carpet as a preparation for a roll bar, which is supposed to arrive about 2-3 days before the car gets back from the coach builder.
I think I'm going to go with a TR-Lane-bar, for both looks and price.
They are technically illegal for road use in Germany :evil:, but (and this is going to sound like an entitled rich kid) I get to have one pass the "TÜV"-check because my father knows a guy who works for TÜV and who says he'll sign off on it if it's "obviously not rubbish" .
So, rather than get fined a few hundred Euros and have to tow my car whenever I get into a traffic check (and every two years at the TÜV) I have to pay about 100 Euros once and be done with it.
Also, with that "semi-legal" individual addition (for a proper "individual addition" the bar lacks paperwork, making it illegal) I don't loose my insurance when something happens.


Sent from my iPhone using Tapatalk

Joined Mar 21, 2017
·
107 Posts
Running out of time to prep them myself I had the NB-wheels that are supposed to stay on Maria post-restoration sandblasted.


Some day I'll have a car with sandblasted and clearcoated wheels, they looked amazing...

Now they're off to be painted OEM-silver to match the hubcabs, supposedly I'll be able to get them back on Wednesday.
By then the new tires should arrive, and by Friday I want to have the new brakes on the car so I can put the car back on its wheels, fit the wheelhouse-liners and call "done" on the underside of the car.

http://www.clubroadster.net/vb_forum/6162558-post539.html
► Show Full Signature
All aboard the hype train.

deprogram said:
But you are an iconoclast, and a man of taste and distinction.
T

Joined Jul 7, 2011
·
5 Posts
Charged my battery to get it ready for the season here in New England!

► Show Full Signature
How fast will you react after i crash this flat black Cadillac into the back of your wack Pontiac?

Joined Dec 17, 2016
·
445 Posts
Not today but last weekend, I washed her and mounted the summer wheels. Of course it rained two days later and the temps dropped 20 degrees.

Sent from my SM-G955U using Tapatalk

(No, really. A buddy had polished them on the car barely 30min before the accident.)
► Show Full Signature
All aboard the hype train.

deprogram said:
But you are an iconoclast, and a man of taste and distinction.
M

El Nopal said:
I drove it about 900 miles over the weekend... Trying to get geared up for the Explore Oregon drive, which will be at least double that mileage.
Click to expand...

brontosaurus;4785010 said:
I was made a moderator because I'm a huge asshole and give bad advice.
Click to expand... 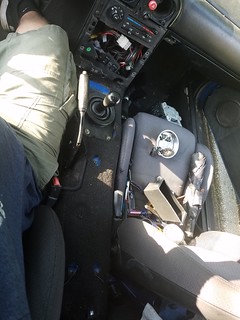 and horribly made a license plate bracket: 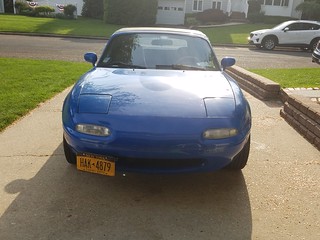