What did you do to your Roadster today?

Sent from my iPhone using Tapatalk

Joined Sep 12, 2017
·
16 Posts
I had to re-attach mine recently. I opened the top at about 25mph and it was too fast and the glass got in a bind. I put a block of Styrofoam under it in the package tray and used hf two part epoxy. My shop is air conditioned and a good thing it is I had only 1/2 the surface to re do and had to do it in two steps. Holds excellent.
D

This should be a simple operation replacing the speedometer cluster bezel, right? It's a pain in the keester. The original one I took out to silence the air bag light. I noticed it was in a bit scuffle with the previous owner and had apparently lost. It was in need of ICU and none was ever administered. It had several of the alignment and clips broken and or missing. It was a real scrapper I soon found out, it didn't seem to like where it was intended to be. It kept being UN-cooperative and in no time I was having to splint it and was in the process of trying to save it when it slipped off of the operating table and went from two to at least six pieces! Flat lined right then and there! I was ordering parts for a customer's vehicle and happened to think about that tragic episode and sure enough they had a used one for thirty bucks, I think Fantastic! I had let it have an extended vacation for at least 2 months when I decided to let it get familiar with its new surroundings. Well I am here to tell you as far as I am concerned they all must have an attitude because n less than 20 minutes this little feller was headed to ICU too. Remembering my last go with the other I operated quite diligently as not to expose it to too much drama and in no time it was looking like it would be making a full recovery. I returned to the scene of all the chaos wit it in tow and started going round and round with it again and after about thirty minutes discovered it wasnt it that was so rebellious its the dash panel and the cluster in collusion with one another. They have set up some kind of a repelling defense not allowing the bezel to even get as much as a toe hold. It is going to have to be altered to fit and not just a tad either. It is off at least a half an inch needing to go forward and about an inch in the front to come down. I have had to cut the front tabs of the speedometer off and had to cut a half inch out of the center of the lower rear bezel out to even get it close to lining up. I find it hard to imagine thet it could be this far off but it was. It is going to take a bit of time but I have got it on the run now.
D

Joined Jun 3, 2013
·
183 Posts
Not so recent but a while back i had Adam at Revlimiter make some custom badges to replace the Jenvey badges on the throttle bodies. They are quite hard to photograph without glaring, this is one of the better shots. 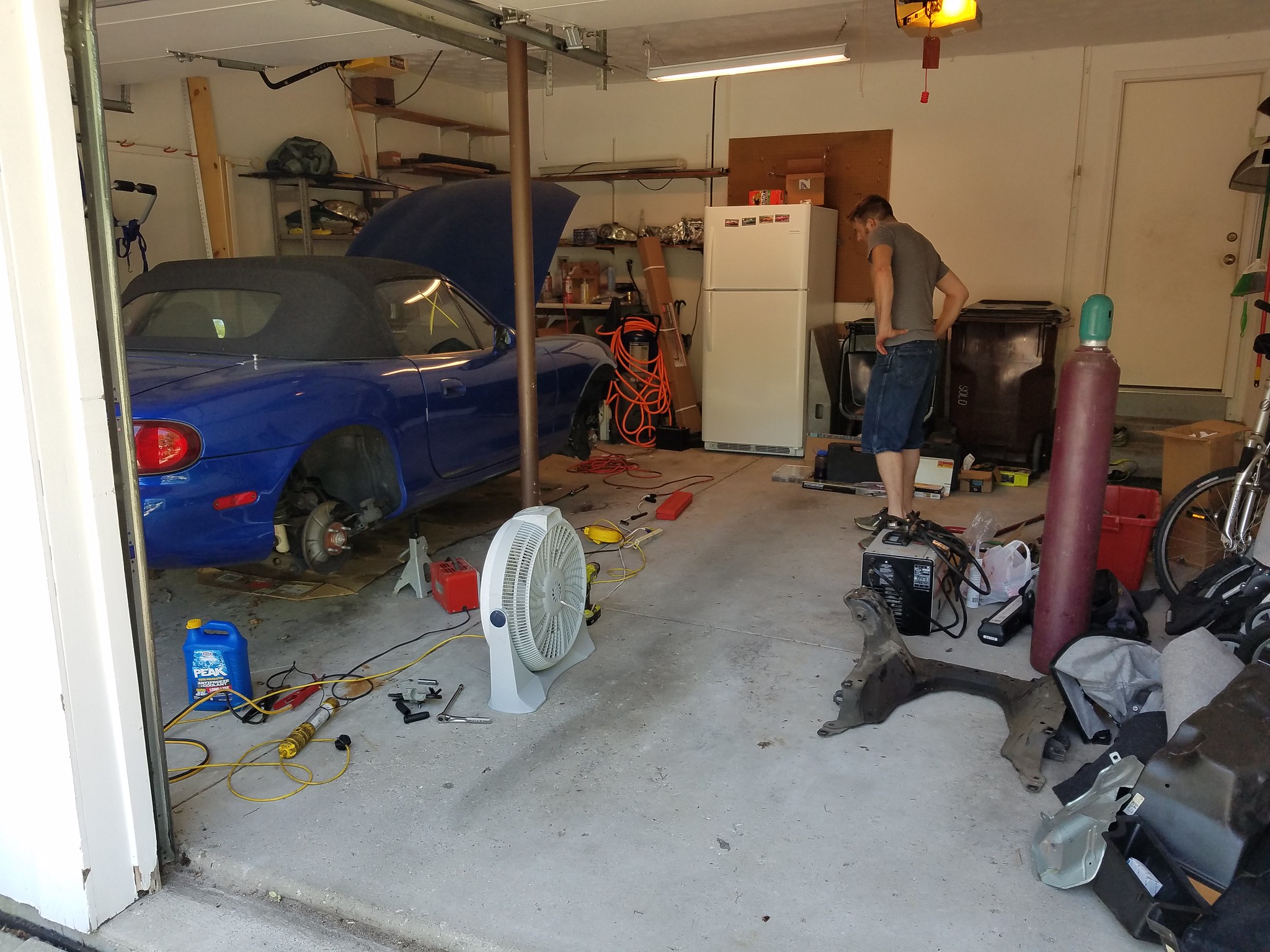 Where Yesterday Started by Bryan Wyatt, on Flickr
► Show Full Signature
All aboard the hype train.

Joined Mar 21, 2017
·
107 Posts
Soaked the screws on the end-links and the engine-side of the exhaust-manifold with WD40, hoping that it'll let me get them off a little easier (and maybe without breaking them).
► Show Full Signature
NA-owning MX5-fan from Germany

(Full disclosure, I put a car together with two other forum members)
► Show Full Signature
All aboard the hype train.

Joined Apr 1, 2006
·
31,664 Posts
Once I get everything sorted out with my car, I think that might be my next purchase. Really want one!
► Show Full Signature
All aboard the hype train.

Bryan said:
Once I get everything sorted out with my car, I think that might be my next purchase. Really want one!
Click to expand...

I haven't had any meaningful time with it yet - just a quick 10 minute drive yesterday to make sure it doesn't flap wildly, but it did an excellent job of keeping the sun off me. And no, it doesn't flap much at all, touched 80 on my little drive. I was planning to keep it on this week, and roll with it to the office, but of course it's raining buckets today.
► Show Full Signature
on Miata #3 now...
NA 1 - weekends / '13 FRS - weekdays FOR SALE SOON / '12 Mustang - wife's
insta: #mx52nr

Joined Apr 1, 2006
·
31,664 Posts
Bled the clutch last night and replaced my ghetto-fabbed intake crossover tube with one from an NB1: 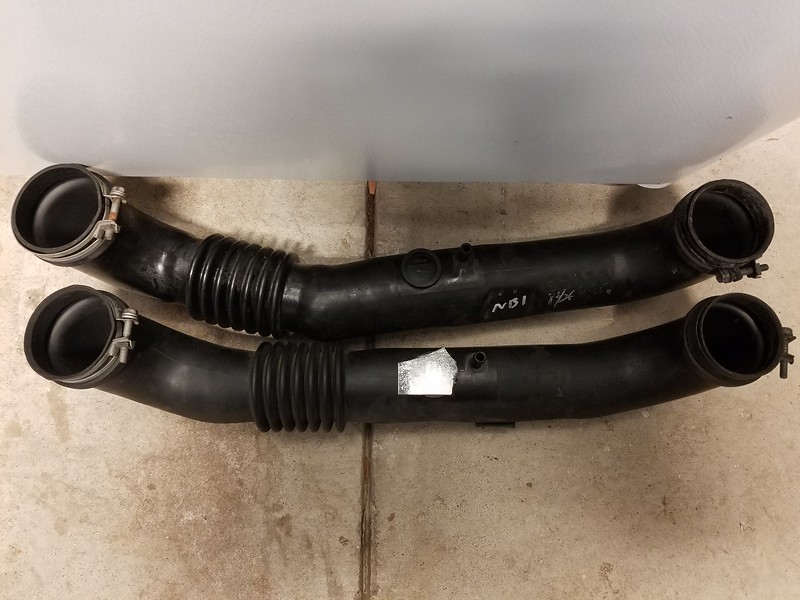 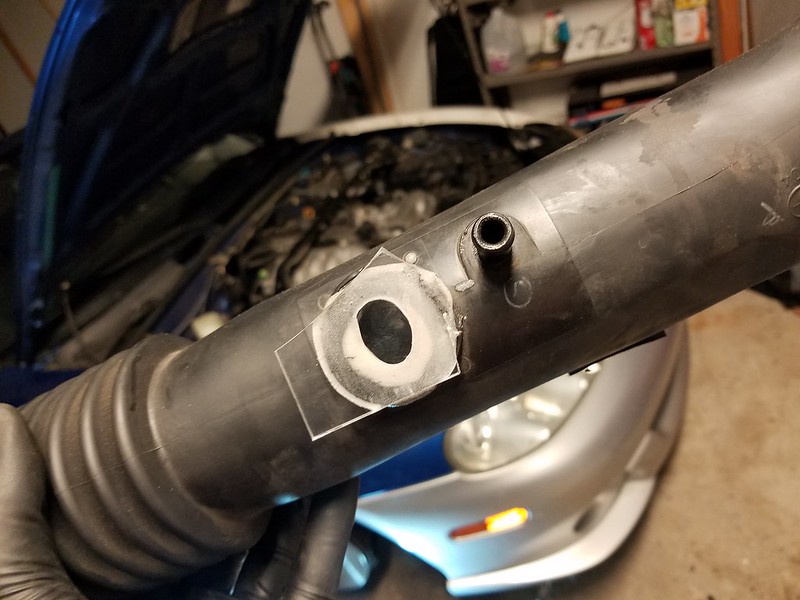 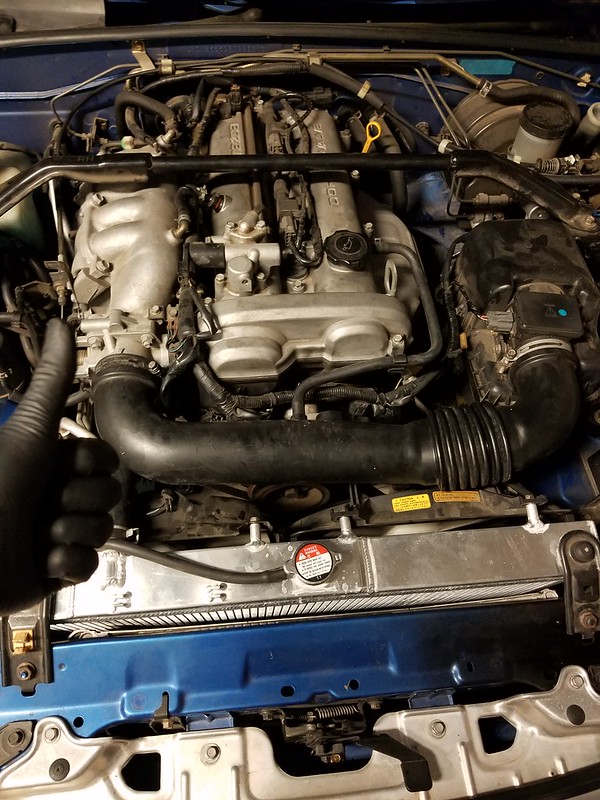 deprogram said:
But you are an iconoclast, and a man of taste and distinction.
P

Hey all, I did a retro switch install on my 94 to replace the stock power window rocker switches. What's different about this is I did it from scratch and I used some "Lucas" style toggle switches (DPDT). I didn't like the normal switches people use on these conversions and I had a specific look in mind, basically like 60's British dash panels. My dad is the first owner of a 61 Jaguar e-type and I loved playing in that cockpit as a kid. So boom, flappy switches it is.

I did a how to video as well, come check it out. Total cost was 12 bucks.